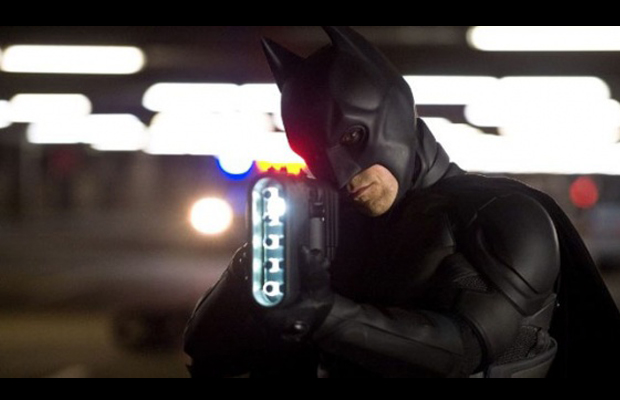 The moment we’ve all anticipated since the revelation of the full-length trailer for The Dark Knight Rises has arrived: showtimes and availability. Fandango has already starting pre-sales for the 2012 summer blockbuster for both regular and IMAX screenings. In New York, tickets for TDKR midnight opening (Thursday 19) are available at the AMC Loews Lincoln Square 13 theater. San Francisco crowds might want to look up showtimes for the Metreon 16, Los Angeles moviegoers should look into the AMC CityWalk.

Yea, only three theaters at the moment have been disclosed, but keep tabs on Fandango within the next couple of weeks. Either way, if you’re up to skipping work the following day, jump at the opportunity to snag tickets for the midnight showing ASAP!

Those looking to feed their Bat addiction can also check out The 10 Coolest Dark Knight Rises Fan-Made Posters. Here’s the film’s official synopsis:

Every hero has a journey. Every journey has an end. Christopher Nolan returns to complete the epic Gotham trilogy that launched with Batman Begins and reached the stratosphere with the billion-dollar blockbuster The Dark Knight.

Batman is now hunted by the law led by his friend Commisioner Gordon for taking the blame of Harvey Dent’s murders and protecting his reputation. He must quickly deal with the arrival of new villain Bane who is bent on the destruction and chaos of Gotham City, face old wounds and get a handle on the enigmatic Selina Kyle before his city is lost for good.

Oscar Winner Christian Bale reprises his role as Bruce Wayne/Batman for the third time along with stars Michael Caine as Alfred, Gary Oldman as Commisioner Gordon and Morgan Freeman as Lucius Fox. Inception stars Marion Cotillard and Joseph Gordon-Levitt join the cast as WayneEnterprise board member Miranda Tate and Gotham Cop John Blake. Rounding out the cast are Anne Hathaway as the sleek Selina Kyle and Tom Hardy as the powerful villain Bane.