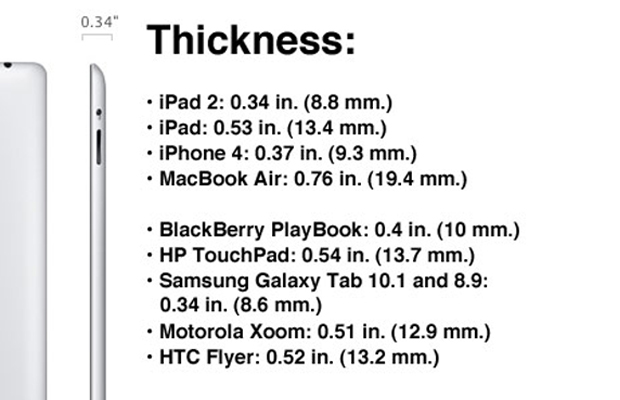 And in this week’s segment of iPad 3 rumors to hit the Net, we take a look at the latest report surrounding Apple’s next-gen tablet from Editor-in-Chief over at iLounge, Jeremy Horowitz. His words: “Here’s the scoop on what companies believe Apple will announce in the next two months. The new iPad’s body is so slightly thicker than the iPad 2 that the change is unnoticeable on first inspection; a roughly 1mm increase will barely be perceptible to users.” One millimeter thicker, huh. Interesting.

Horowitz also claims to have seen the case for the new iPad, which most us can presume was shown to him via case maker. He also adds that the iPad 3 will undergo an upgrade in specs and performance, not in looks. No surprise there, especially when taking into the account Apple’s history with product successor designs, primarily the iPhone 4 and 4S.

Rumors are still running rampant of Apple teasing the iPad 3 at its media event near the end of the month. There’s also big buzz of the Cupertino Clan paying homage to their late great leader, Steve Jobs, by unveiling the tablet on his birthday: February 24th. Sounds like the perfect time to announce the iPad 3. Don’t you think?