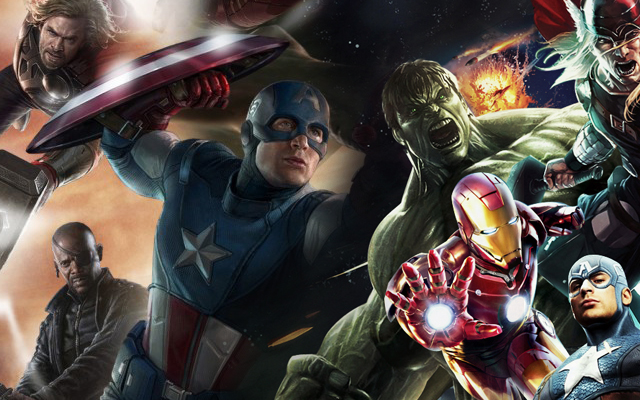 Joss Whedon’s The Avengers is still a good week away from release and the film’s already being dubbed the summer’s biggest and best blockbuster. Most of the nation’s top critics have already weighed in, and as of right now, The Avengers is sitting at a 97 percent fresh rate on RottenTomatoes.com.

The superhero action orgy featuring the all-star ensemble of Robert Downey Jr., Chris Evans, Samuel L. Jackson, Mark Ruffalo, Scarlett Johansson, and Chris Hemsworth (just to name a few) is set to smash box office records and have comic fans geeking out till the Amazing Spider-Man hits theaters in July. It’ll be hard resisting the spoilers and leaked footage that’ll most likely surface in the upcoming days, but the Evolve team compiled a sweet set of fan-made one sheets to keep you hyped for the film. So show the Marvel faithful some love and take a look (and share) the 12 Coolest Fan-Made Avengers Posters.