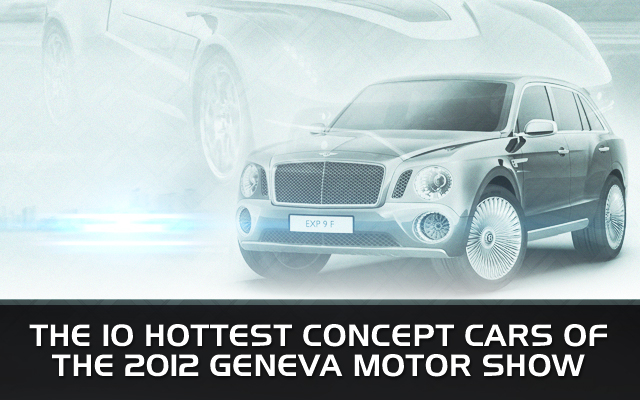 Since its inception in the 1920s, the International Geneva Motor Show has served as a breeding ground for the industry’s most fascinating and innovative vehicles. While a majority of the machines displayed on the showroom floor draw a fair response from the audience, it’s the concept vehicles of tomorrow that leave audiences wowing and begging to be put into production. This year’s batch proved that very logic. So why waste any more time hyping up the collection of head-turners. Gaze into the future of the auto industry by scrolling through the 10 Hottest Concept Cars of the 2012 Geneva Motor Show. 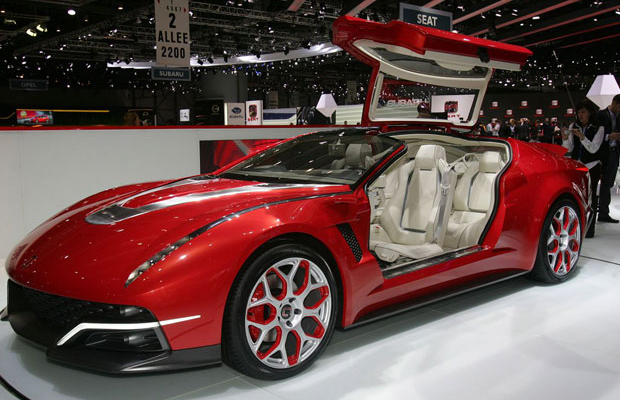 Even though Volkswagen acquired a majority share of the iconic Italian design house, make no mistake—the Brivido is no VM creation. Sporting gullwing doors and an all-glass rooftop, along with an aluminum and carbon fiber frame, the two-seat coupe is a mere perfection of what a next-gen supercar should embody. The interior is even more nuts, with the steering wheel sporting touchpads to operate a number of car functions such as the sound system, as well as an iPad dock built into the dashboard. Performance-wise, the speedster can zip past 0 to 62 in less than six seconds with the assist from a 3.0-liter six engine linked to an electric motor. 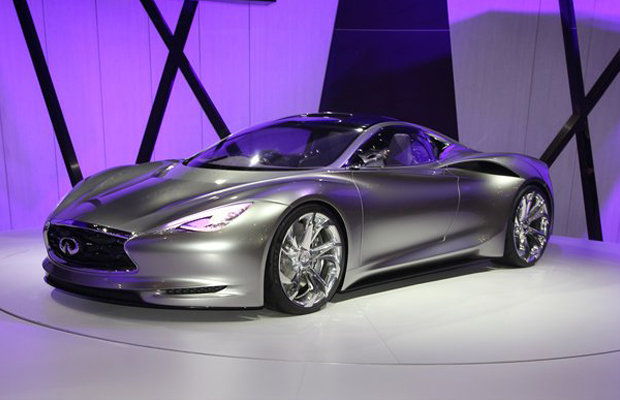 It doesn’t get any sweeter than the mid-engined, two-seater coupe. The Infinity Emerg-E has a slim shot of hitting the market, which means there’s a chance for drivers to propel the silver paragon from 0 to 130 mph in 30 seconds, revving 400 hp from the concept’s dual-electric motors. Considered a serial hybrid in the same form as the Chevy Volt, the Emerg-E bears more muscle in the form of a three-cylinder generator, lithium-ion batteries, and additional engineering that powers each rear-wheel separately. The vehicle can register up to 300 miles on gas and 30 miles via electric charge (10-hour plug-in frame). Sick, we know. 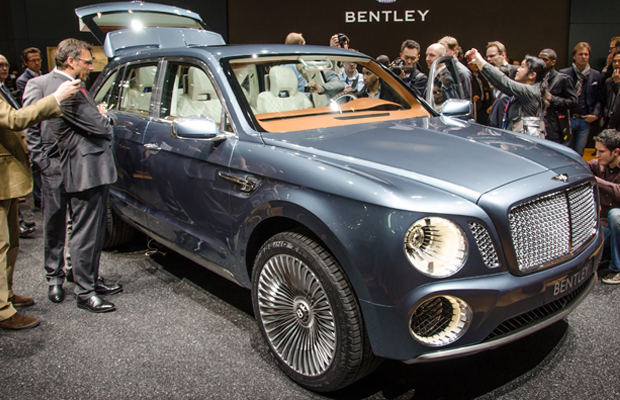 The luxury automaker’s first SUV concept is, to say the least, marvelous. Sitting on mammoth 23-inch wheels, the EXP 9 F packs a twin-turbocharged 6.0-liter W-12 booster under the hood that delivers 600 hp and supports eight-speed automatic transmission. The opulent interior is tailored with different polished metals: including bronze, aluminum, and gunmetal, while flaunting a panoramic glass roof and diamond-quilted leather seating. Damn. Bentley also claims it’ll bless the concept with its new twin-turbo V-8 engine, as well as a hybrid powertrain, if put into production. Let us pray. 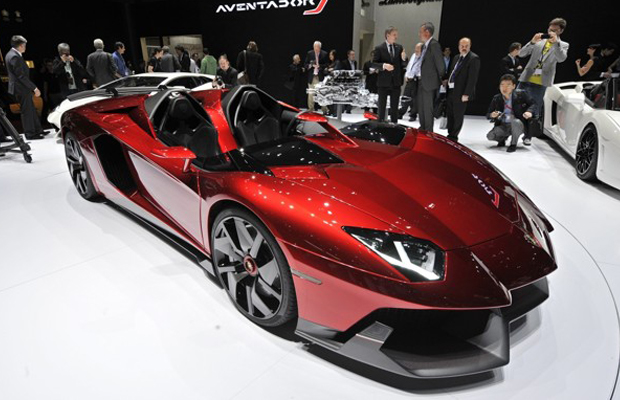 Ever since we caught a glimpse of Bruce Wayne riding the Aventador in the upcoming Dark Knight Rises (view here), we developed a fascination with the undeniably sexy Lambo. That was until we caught a glimpse of its conceptual kin. Surprisingly, the J abandon’s a number of its predecessor’s fancies (entertainment system, air conditioner, etc.) to cut weight and enhance performance, and it dons new carbon fiber material called “Carbonskin” to give the car a soft-touch texture at all times. Luckily most of the original Aventador’s engineering facets are still intact here with the 700 hp, 6.5 V-12 engine leading the brigade. 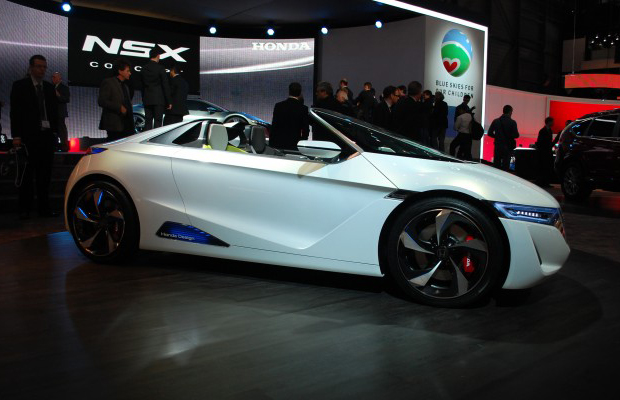 Some auto experts compare Honda’s state-of-the-art roadster to the beloved S2000 sports car. The comparisons are there, except this eco-tech ride brandishes an electric motor and reaches 37 mph in 5 seconds, picking up a top speed of 100 mph. With a 10 kilowatt-hour battery pack powering the EV-STER, you could expect to get up to 100 miles, according to Japanese test cycles. Honda’s purpose with the concept is to give autophiles a similar experience as driving a motorbike. How so? Well, rather than turning the wheel, you’re required to pull and push levers in the direction of travel. That’s nice, but seriously, it’s the design that has a hooked in. nextpage–> 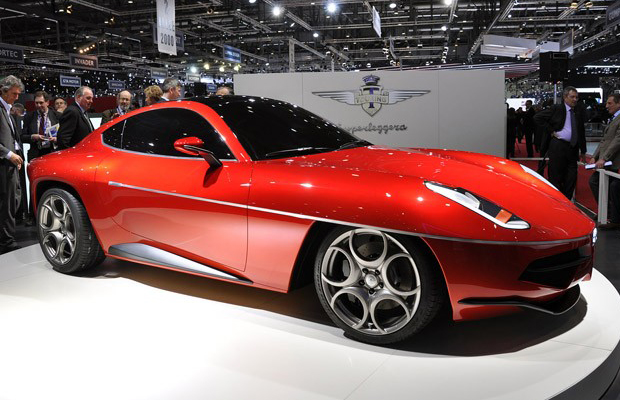 Call it the Sophia Loren of supercars, as it continues to bask in beauty nearly 60 years later. This updated take on the 1952 Alfa Romeo C52 Disco Volante pays tribute to the original by outfitting itself with a split grille and flat-top fenders, and surprisingly, the same 4.7-liter V8 found in the Alfa Romero 8C Competizione. That’s pretty sick. It’ll also tackle the 8C’s six-speed transaxle gearbox with paddle-shift control, double-wishbone suspension, and ventilated brakes. Limited quantities are expected to go into production, but be sure to break the bank if you’re picking one up. 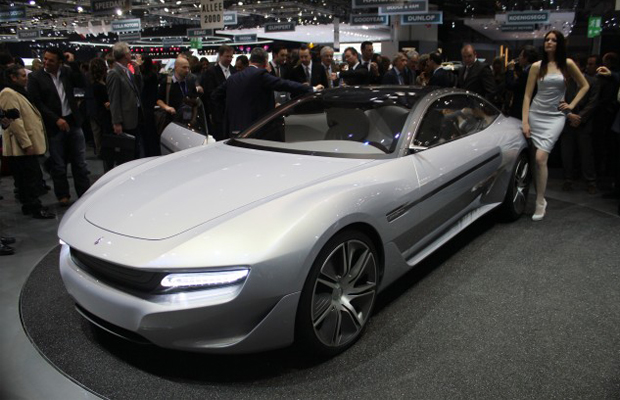 Elegant, modern, and incredibly fast—look no further than the Cambiano. Word is Pininfarina’s latest concept can sprint from 0 to 62 mph in four seconds and generate close to 816 hp thanks to its diesel-turbine/electric powertrain. Oh yea, it’s also billed as a hybrid, classified at 45 grams of CO2 emissions per kilometer. Add suicide doors and a sweet-looking cabin to the mix, the Cambiano clearly defines the meaning of stunner. 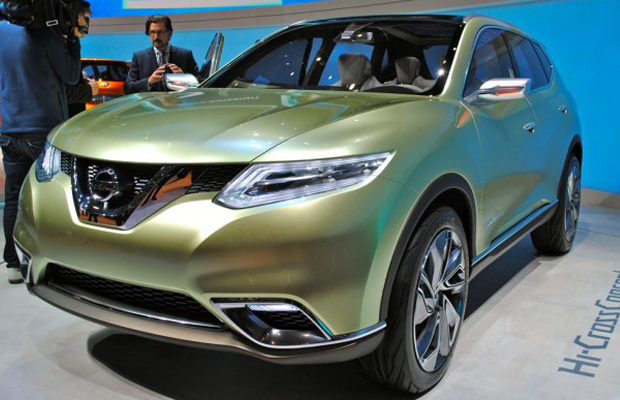 Nissan hopes to break new ground with its next-gen compact crossover. Granted it lacks the sex appeal of the Aventador J or the affluence of Bentley’s EXP 9 F, the Hi-Cross’ hybrid attributes alone place it among the concept elite. The seven-seater welcomes the company’s first front-wheel-drive hybrid system, which features lithium-ion batteries built by Nissan’s Leaf technology and uses a new version of its automatic transmission to enhance fuel economy by 10 percent. Not bad for a whip running two four-cylinder engines. Considering the advance on gas prices today, you just might be in the market for an eco-car—this one in particular. 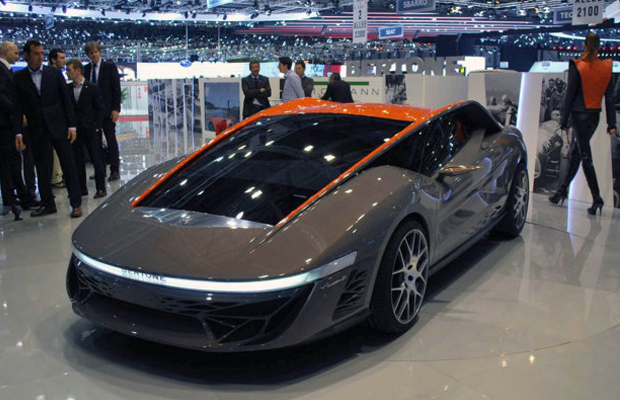 The Italian design house has constructed one of the best looking supercars in commemoration of its 100th anniversary. Named after founder Giovanni Bertone’s son, not much has been shared on the Nuccio, except for its engine preference: a 4.3-liter V8 with 480 hp donated by Ferrari. Autoblog indicates the concept is “based on the guts of a Ferrari F430.” The site also states there might actually be one up for sale somewhere in the world. Good luck tracing that one. 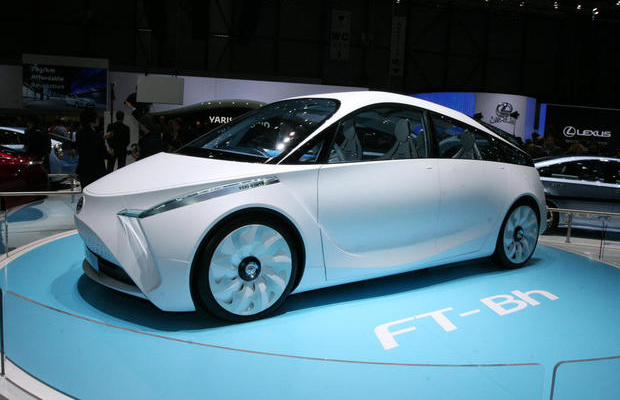 Toyota’s contour-designed buggy might look like something out of Minority Report. And judging by its specs and eco-centric marks, the FT-Bh fits the futuristic bill. Toyota’s listed two powertrain options for the concept: a twin-cylinder, 1-liter gasoline engine with electronic motor assistance and a uniform setup featuring the automaker’s plug-in technology to promote improved fuel efficiency. Expect the first choice to produce 112 MPG fuel consumption and CO2 emissions of 49 grams per kilo. It’s also said to offer electrically assisted steering and exhaust gas heat recovery. The future is here.