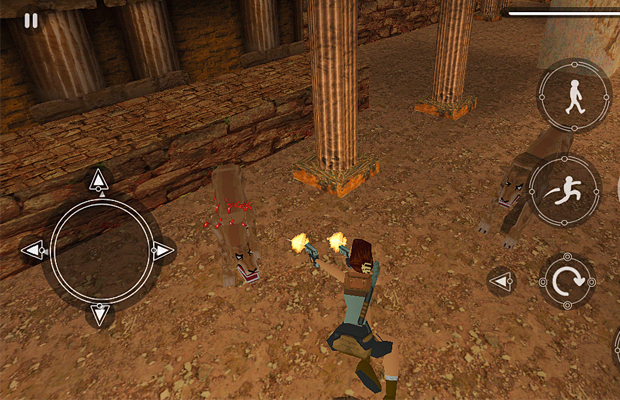 The classic 32-bit action title is reborn on the iOS platform. Join Lara Croft on her adventure to recover pieces of an ancient artifact. Explore the lost city of Atlantis and ancient Egyptian pyramids, utilizing the heroine’s famous acrobatic traits (run, jump, swim and climb) through ancient tombs. While traveling through the wilderness, be on the lookout for bears, wolves, and yes, a T-Rex. Enhanced 3D graphics and mobile controllers bring a fresh feel to game.
Download it Now at the Apple App Store for $1 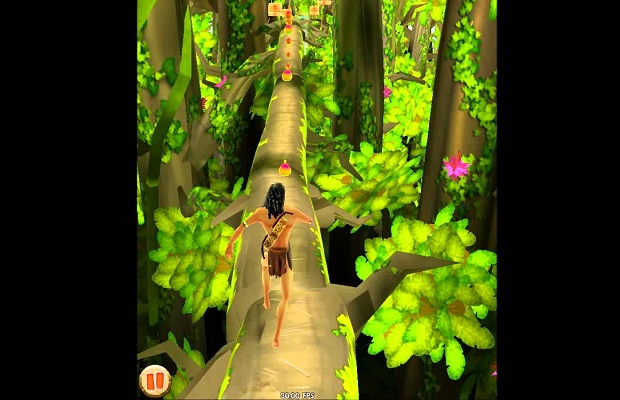 The Amazonian “Apeman” comes swinging into action, alongside Jane and Cheeta in this endless runner game. Tarzan will climb, jump, swing, and slide through the jungle of Africa. Gather up fruit, as the more you collect, the more power boosts you’ll encounter. Character upgrades can also be purchased. Just be careful when dodging snakes, elephants, and other animals running through the jungle.
Download it Now at the Apple App Store for FREE