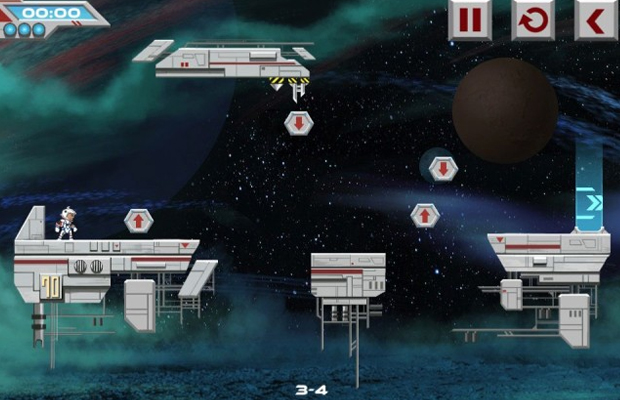 Explore a land of the unknown as you take on the role of space explorer, Rez. Run and watch out for sharp spikes and laser security. You also have power ups such as, jetpacks, gravity reversal, and firing cannons to get past levels. Galaxy Run offers 360 levels, which are set on three different themed worlds: Deep Space, Desert Planet and Blue World. Choose from different features such as anti-gravity, speed booster, and grappling hooks just to name a few. Those seeking more of a challenge can always change the difficulty settings.
Download it Now at the Apple App Store for $1 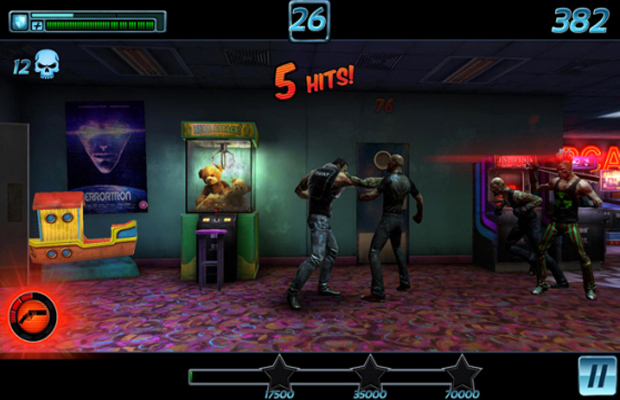 The creators of Dead or Alive brings an all-new fighting game to mobile devices. A group of thugs have taken your sister, and in order to save her, you must fight. While punch and kicking are standard options, you can also use weapons such as dual pistols, pump-action shotguns, and explosive bazookas to fend off baddies. Inspired by ‘80s action movies, the game offers 100 levels to keep you buys, along with several unlockables.
Download it Now at the Apple App Store for $2