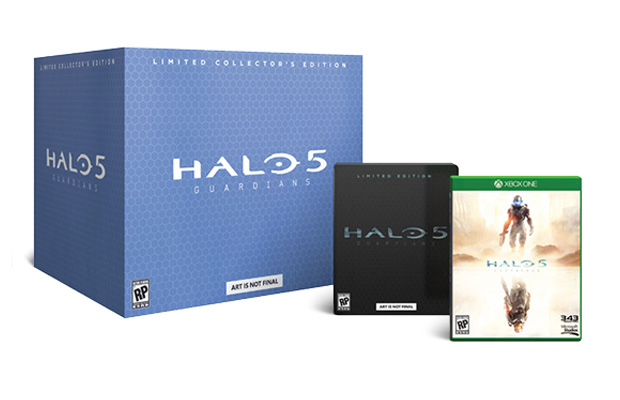 Microsoft has leaked very little information on its latest Halo game, Halo 5: Guardians outside of its limited edition prices. 343 Industries has also announced that there will be three different versions of the game released, there is just the game itself but also two higher priced special editions that players can buy if they wish, that come with physical content as well as the game.

The standard Limited edition will sell for roughly $99.99 and include special new in-game content that is meant to ‘enhance Spartan combat’ as well as contain exclusive items, all held in a steelbook case rather than the normal green plastic one. The Limited Collector’s edition, which is set to be priced at around $249.99, includes the Limited Edition items as well as a unique physical content that has yet to be revealed by 343 Industries. However, a numbered statue has been mentioned. Between all this as well as the multiplayer beta going up this will definitely become a game to remember.