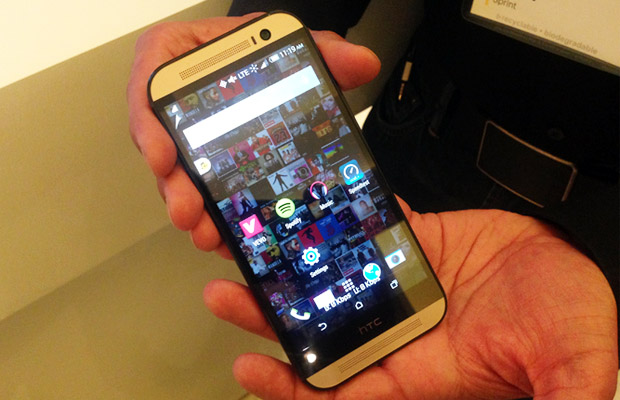 On a morning where the company reported over a half million subscribers, Sprint hosted a NYC event announcing the addition of another exclusive handset to its mobile lineup: the HTC One M8 Harman Kardon Edition.

Somewhat of a shocker, especially after HTC’s breakup with Beats Audio, the updated Android handset is being billed as the ultimate audiophile phone that includes a special technology dubbed Clari-Fi that boasts scientific algorithms to automatically change the highs and lows of sound quality. It’s pretty much the same handset as the original One M8 that launched last month, only with HK audio. The phone will be available on May 9th in Sprint stores and comes bundled with a pair of Harman Kardon earbuds. No pricing was shared, but we can expect it to range around $200 (w/two-year contract). 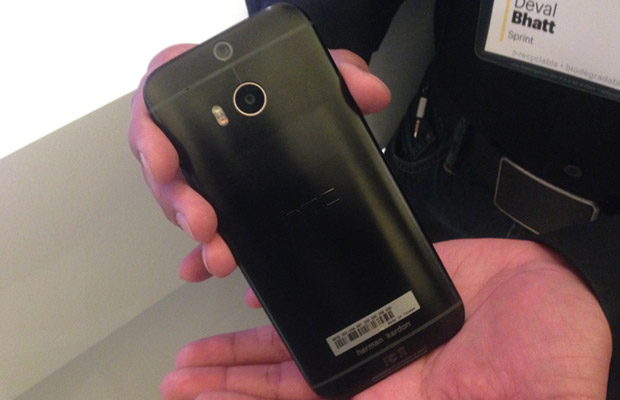 Another interesting announcement came in the form of Sprint Sound Sessions, which is a new partnership with Spotify providing access to a number music-streaming services, along with Spotify. Those who sign up for a Framily plan can get the first six months of Spoitfy Premium free with a $5 – $8 per month fee after for seven months. Those unde a regular plan will have a three-month trial and pay a $10 fee after.

The carrier also announced its Spark wi-fi calling service has expanded to six more markets and will launch HD Voice around mid-year 2014.

Update: Sprint invited us to its exclusive Sprint Sound Sessions concert at Webster Hall, which featured Pharrell Williams performing a number of hits. Feel free to watch the musician go through “Come Get It Bae” and “Happy” below.