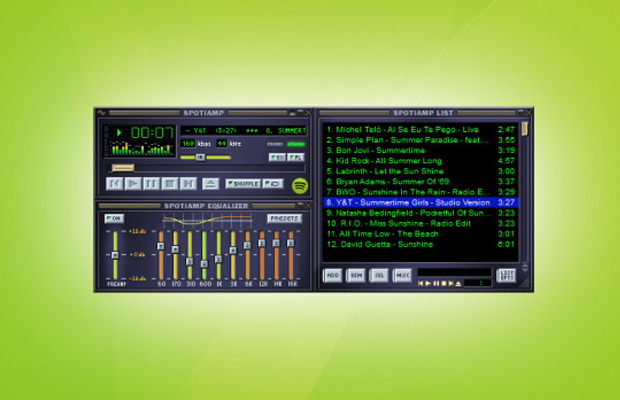 As AOL shuts down Winamp today, Spotify is paying homage to the influential media player by offering Spotify Premium subscribers a retro version of the music streaming service called Spotiamp. The Windows-only app allows users to stream music through a retro interface similar to the one utilized by Winamp. Oh yea, it also supports visualization plug-ins.

“To honour the engineering skill and passion that goes into building wonderful software that millions of people enjoy,” wrote Spotify’s Channtal Fleischfresser on the company blog. “We would like to share a small tribute to honour the great legacy of Winamp.”

Originally released in 1997, Winamp will forever be remembered as one of the more groundbreaking pieces of digital music software that revolutionized how we experienced music on the PC. R.I.P. Winamp!