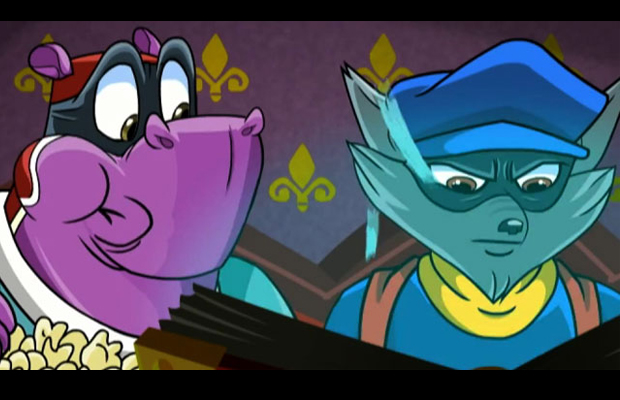 The premise of Thieves in Time revolves around Sly traveling back in time through five different locations ranging from ancient Japan to a prehistoric ice land—all to fix his ailing family tree. Each episode presents a huge world that’s much more than a link between stages. These areas are packed with enemies, collectibles, and tons of hidden goodies. And scavenging for all these mysteries is one of the game’s most addictive attributes.

Sly is an adept leaper who sees the ordinary layout of a city as a beckoning playground. Guide wires and poles call to him like inanimate sirens, and you jump and run through these environments with smooth elegance. Like previous titles, you’ll still need to be relatively accurate to land on a target. So once you master movement, rushing through ancient streets is a breeze. Sneak up behind enemies, steal gold from the enemies’ purses, and disappear before they sense your presence. Overall, the game’s pretty easy to learn and fun at the same time. 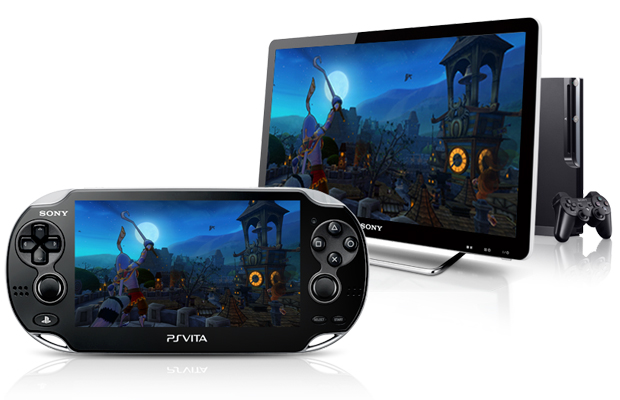 Buying the PS3 version gets you a code to play the game on your PS Vita. Now I will say once you start playing it on the console then switch over to the portable handheld, you’ll see a noticeable change in graphics. Colors are brighter and crisper on the PS3, where as on the Vita the presentation is a little darker. It shouldn’t be a huge big deal, but for gamers fixated on high-quality graphics, it might turn them off switching to the Vita. However, being able to continue the game on the go made finishing it a lot faster than it normally would sitting on the couch. So that’s a plus.