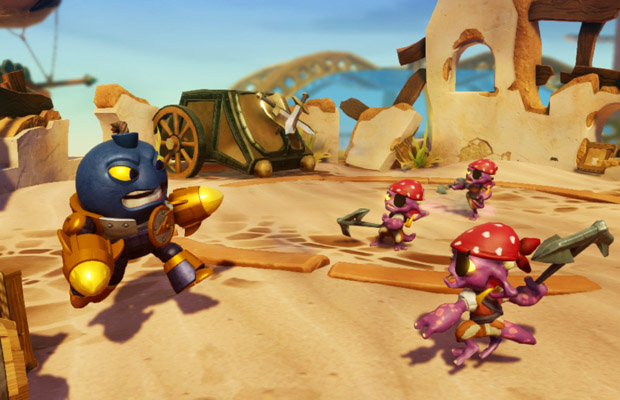 Not since Pokemon have we seen a video game franchise tackle such as massive following. But with $500 million in the bank since its inception, the Skylanders series seems to be the new addiction among collectible and hardcore gamers. And with the recent announcement of a new entry, Swap Force, Activision’s set to cash in once again, while offering an enhanced gaming experience sure to appease the platformer crowd. On deck, 16 Swap Force characters that all share the capability to (you guessed it) swap top/bottom halves with another character, which Senior Executive Producer of Vicarious Visions, David Nathanielsz, claims will allow players to “create over 250 different swapabilities or combinations.” Interesting.

Though the title doesn’t hit retailers till later this year for the PS3, Xbox 360, and Wii U, Activision was dope enough to gives us some updates on the game: including a breakdown of some of the new characters, the latest gaming engine, and finally, the ability to jump. Yep, you read that last part right. Evolve TV asks what took so long and gets the deets on Skylanders Swap Force.