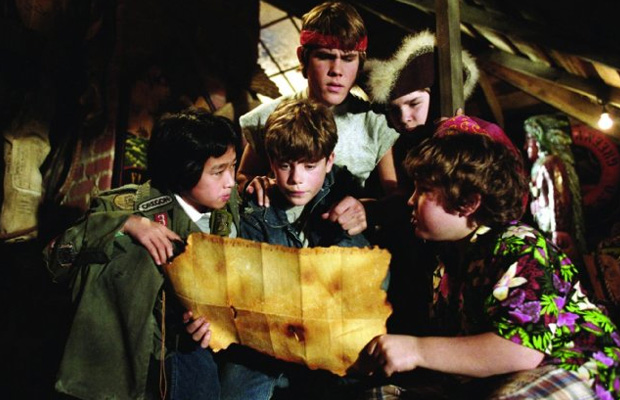 It’s been close to a year since director Richard Donner announced plans to make The Goonies 2, though progress on the long-overdue sequel seems to be gradual at this point. All that’s known is Steve Spielberg came up with a concept for the project and that Donner hopes the original cast would be onboard to reprise their roles. Looks like one name is already confirmed: Sean Astin.

During an interview with E! Online, stated that he is onboard, but still awaiting a call from the studio.

“My first thought when Dick said he was doing that was like, ‘alright, maybe this time it’s true!’ I hope it’s true. I certainly like the idea of doing it. I don’t know if I’d be in it or not. If they really wanted us to be in it, I’m sure there would be some way to work it out.”

In regards to other actors returning for the sequel, Astin confirmed that Corey Feldman would be happy to return: “He’s fired up! He’s ready to go!” The Lord of the Rings star also touched on whether the kids of the original film would be the main focus again. I think that’s what they want to do,” says Astin. “ I think they want to focus primarily on the kids. I think they audience may be split on that, so they’re trying to figure that out.”

Goonies 2 still has no official release date at the moment.