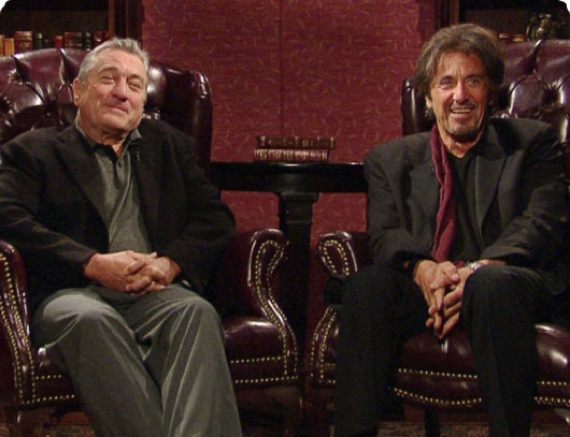 Oscar-winning director Martin Scorsese has been working on the Frank Sinatra biopic for some time, and with the script finally prepped, he wants two of his favorite veterans, Robert Deniro and Al Pacino, to tackle the film’s biggest roles. According to The Hindu, Scorsese speaks about the possibility of brining both Academy Award winners onboard:

I’ve had it in mind for a long time. Even the initial script is ready. I’m yet to spot the actor who can bring back Frank Sinatra alive on screen. My choice is Al Pacino, and Robert De Niro as Dean Martin.

Interesting cast selection, especially when Universal Pictures has been eyeing Johnny Depp and George Clooney. The Sinatra biopic is expected to showcase the singer’s darker side, while focusing on his illustrious singing career. Scorsese would do better reuniting DiCaprio and Damon, maybe even throwing Wahlberg into the mix. I think we’re due for a “Departed” reunion.