Could This be the Samsung Galaxy S5 Zoom? 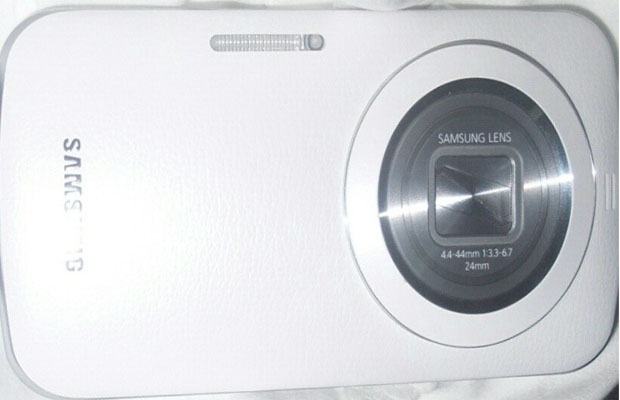 Rumors of Samsung releasing a new suite of Galaxy S5 devices have run rampant online, as recently leaked documents and images are only heightening the speculation at this point. A new shot of what is being totted as the Galaxy S5 Zoom has just surfaced, though it’s being referred to as the Galaxy K Zoom by the source and shows the rear lens doesn’t protrude as much as the GS4 Zoom.

Some of the Galaxy S5 Zoom’s specs being thrown around include a 20MP camera with 10x optical zoom, Xenon flash, optical image stabilization, quad-core processor, 2GB of RAM, 2.8-inch display with 720p resolution, and Android KitKat. That’s not a bad spec sheet for what many would consider a mid-tier handset.

Word is the GS5 Zoom will be unveiled sometime in May, possibly alongside the Galaxy S5 Active and Galaxy S5 Mini. We’ll find out in the next couple of weeks. The flagship Galaxy S5 should be hitting the market sometime next week, though Samsung has yet to announce an official launch date.