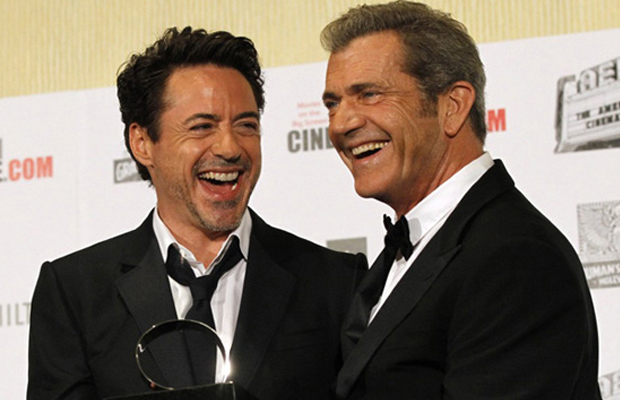 Nowadays, a superhero film means nothing unless it is flooded with tons of Hollywood stars. Then you have those blockbusters that go overboard on the A-list talent such as The Avengers. But if you thought the first film was super overload, prepare to face palm yourself extremely hard. A report from Yahoo UK Movies claims Robert Downey Jr. is using his power to get buddy Mel Gibson (The Expendables 3) a role in the upcoming Avengers sequels.

“Robert Downey Jr is reportedly using his substantial power behind the scenes at Marvel to get his buddies Mel Gibson and Jodie Foster cast alongside him in future ‘Avengers’ films. Radar Online cite a source saying “He wants to bring Mel and Jodie into the Marvel universe. It’s been a long-time dream of Robert’s to help Mel and Jodie reach similar big box office heights like the ones he’s achieved in recent years.”

Right now Downey Jr is contracted to make two more ‘Avengers’ movies – including 2015’s ‘Age of Ultron’ and – according to the source – consult on future additions to the ‘Iron Man’ franchise.

The report notes that while Foster would be a welcome addition the past behaviour of Gibson in the public eye would be a huge problem for Marvel and their owners Disney to overcome.

Of course Robert Downey Jr courted controversy himself in the past, but redemption for Gibson – at least in this form – seems incredibly unlikely.

The source said: “Marvel is run by one of the richest and most prominent Israeli businessmen in Hollywood, and you can be sure even if Robert got down on his knees and begged, there’s no place for Mel in the Marvel films.”

You’ll be able to see Gibson back amongst his fellow action legends in ‘The Expendables 3’, out in the UK 15 August 2014.”

Good call or bad move? Let’s pray Downey Jr. doesn’t go on a power trip and push for another director when it comes time to film the third film as well.