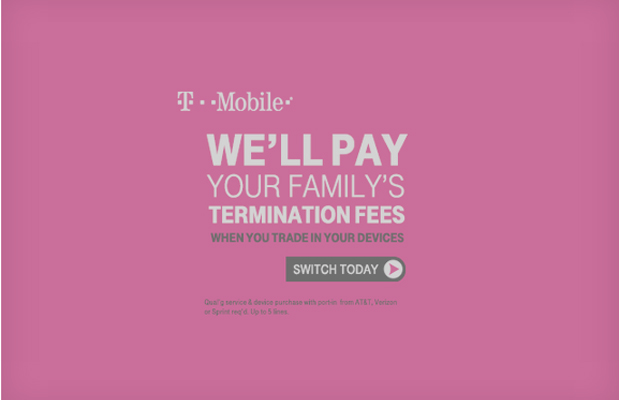 “We’ll pay for your family’s termination fees,” reads T-Mobile’s latest advertisement banner, which indicates the carrier’s initiative to pay customers for leaving their prior carrier and switching over to its service. The ad was discovered by Droid-Life, but still remains a rumor until the mobile service announces it.

Reports suggest the terms of the offer consists of customers switching up to five lines from any of T-Mobile competitors (AT&T, Sprint, Verizon), handing over their devices tied to their existing contracts and choosing a phone directly from T-Mobile’s range. It all sounds good, but as we learned from its JUMP service—it’s all in the match. Guess we’ll see what the company announces during CES 2014.