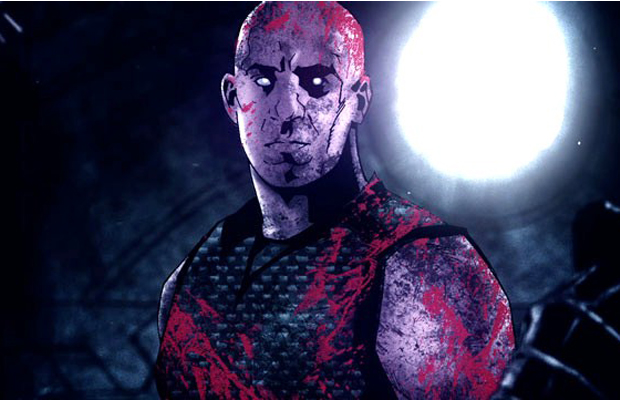 If you’ve seen the trailer for the upcoming Riddick movie, some questions might have your mind. One that’s been nagging in our head: What happened to the Necromongers? Last we saw, Riddick (Vin Diesel) was in a hall being kowtowed to by the necromonger faithful after taking over the throne and the life of the last Necromonger Grand Marshall. However, he seems to have lost some of his royal flash in the previous trailers. So what happened?

The producers of the new film look to clear things up for us a bit with the release of Blindsided: a motion comic set shortly after Riddick’s ascent to the throne. The inbetweenquel fills in some of the gaps between The Chronicles of Riddick and Riddick. A far cry from the animated Chronicles of Riddick: Dark Fury, Blindsided is worth the look if you’re OCD about continuity or just need a Riddick fix.