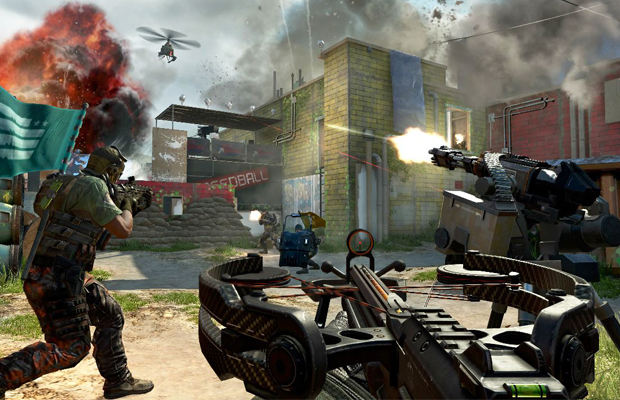 While waiting for the new installment of Call of Duty later on this year, Activision has announced new DLC for Black Ops II titled “Vengeance”. In this latest downloadable content package, you and other players will be placed at an exotic location from around the globe. Here are some of the latest updates being brought to the Black Ops universe.

– Cove: The stage is set for all-out conflict on this small, forgotten island in the middle of the Indian Ocean, with players battling it out amongst the wreckage of a jet that crash-landed during a smuggling operation gone wrong.
– Detour: A destroyed suspension bridge, high above an East Coast waterway, packed with scattered vehicles, exposed iron and collapsed pavement where the head-to-head action will play out on multiple levels.
– Rush: Get ready for fast, close-quarters engagements in this paintball course turned full-combat arena, giving players new opportunities and challenges to use the cover to their advantage.
– Uplink: In this re-imagined adaptation of the fan-favorite multiplayer map “Summit” from the original Call of Duty: Black Ops, players clash deep in the rain-soaked jungles of Myanmar, high atop a hi-tech mountain facility.”

Vengeance is available today for $15 for Black Ops II DLC season pass holders, with six new COD Personalization packs also available for PlayStation and PC owners, (sorry no Xbox 360 ) on August 22. Included in the packs are Glam, Coyote Aqua, Pack-A-Punch, Breach and Rogue for $2 each.