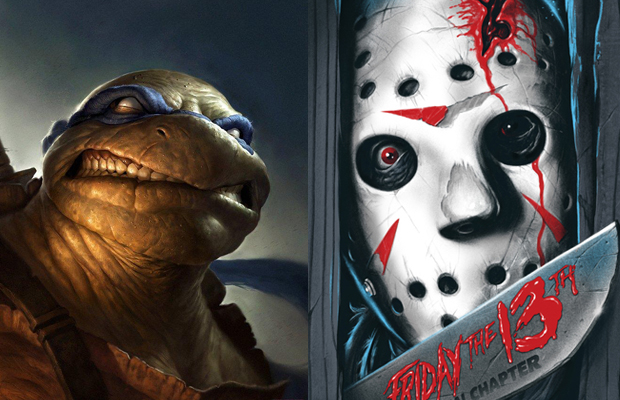 So much hearsay has spread on the Internet regarding Platinum Dunes two upcoming film projects: the Teenage Mutant Ninja Turtles reboot and Friday the 13th sequel. Chances have it you already heard the rumors about our favorite green ninjas taking on an alien form, as well as Jason Voorhees next outing being filmed via found-footage angle. Both remain terrible ideas, as well as rumors. Looking to clarify a few things, studio producer Brad Fuller spoke with Crave Online to clear the air on the TMNT and Friday the 13th franchises.

Are the Teenage Mutant Ninja Turtles really aliens now?
No. They’re not aliens.

How did that get misinterpreted?
The turtles come from alien ooze so I think that it probably came from that, but our turtles are not aliens.

So it is a familiar origin story?
Yes.

Why do you think so many Friday the 13th fans are against the idea of combining it with found footage?
Well, I can understand that. The Purge was a little bit of a found footage movie. We have a movie called Welcome to Yesterday that’s a found footage movie. I’m well acquainted with some very loud members of the audience who hate found footage and I understand that. I think for us it’s more about what the story is and what’s the best way to tell it. Until we figure out exactly what the story is for the next Friday the 13th movie, I can’t tell you what it’s going to be.

TMNT is slated to hit theaters this year, with Jason’s return coming in 2015. No official dates have been announced yet.