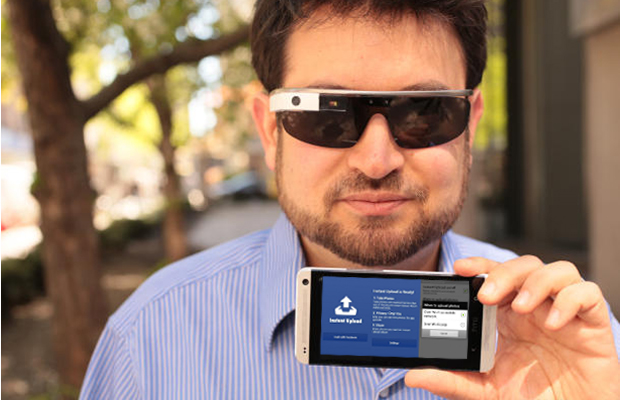 Google’s new computing eyewear has progressively been expanding its app list and just got a huge boost from the world’s largest social network. The house that Zuckerberg built just launched its own Google Glass Facebook app for the hi-tech peripheral, which allows users to upload photos directly to their timelines. The announcement couldn’t come at a better time for Google, as the search engine giant continues its media blitz via 2013 I/O Conference.

Mobile chief Erick Tseng touched on the new FB app saying, “We look forward to exploring Facebook experiences across new types of mobile devices. This is only a first step.” Facebook’s been making a huge push on the smartphone front as of late and set the tone with the release of Facebook Home, which has now clocked in over 1 million downloads across mobile platforms.

It’s just a shame you have to shell out $1,500 for a developer version of Google Glass in order to take in the experience. Nonetheless, this is a huge look for both tech companies.