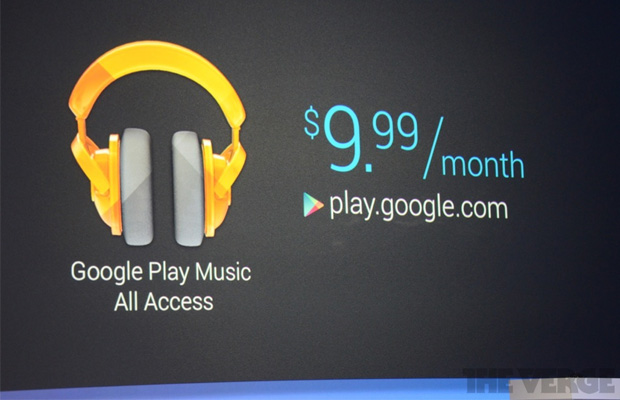 The tech world set its infrared on the 2013 Google I/O conference anticipating the next round of major announcements made by the search engine behemoth. Looks like the company is taking a huge leap into the on-demand music subscription market with the launch of Google Play Music All Access. The service, available on both web and mobile platforms, will not only provide users recommendations and suggest playlists by editors, but also access to millions of songs and the flexibility to create stations, curate playlists, and organize libraries.

The introduction of the subscription service fills a void in the current Android fold and seems to be a strategic move by Google to remedy and give Android conformists more ammo in the mobile debates. Not to mention it places the company in another war—the music streaming war, which has been a heated battle between Pandora and Spotify thus far. Let’s see how All Access will fare against these two heavyweights.