Ms. Marvel Gets an Ethnic Makeover 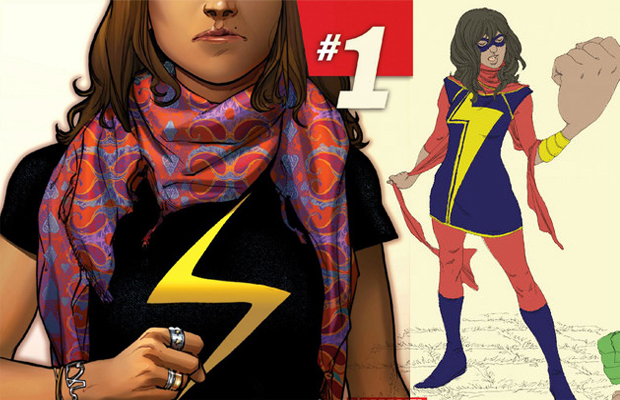 Next year, the Marvel Universe will be shaken up, as the comic book publisher will be updating the popular Ms. Marvel character by transforming her into a younger, fresher 16-year-old Muslim girl from New Jersey.

The new Ms. Marvel will be Kamala Khan, a high school student who comes from a Pakistani Muslim family. After the events of INFINITY, she discovers her body-morphing powers and decides to take on the mantel of her idol, Captain Marvel. According to an interview with the creative team of G. Willow Wilson, Adrian Alphonsa, and Sana Amanat, the new character will deal with issues common to comic characters and also some unique to her. Wilson also mentioned she “struggles to reconcile being an American teenager with the conservative customs of her Pakistani Muslim family. So in a sense, she has a “dual identity” before she even puts on a superhero costume. Like a lot of children of immigrants, she feels torn between two worlds: the family she loves, but which drives her crazy, and her peers, who don’t really understand what her home life is like.

The book will launch in February 2014.