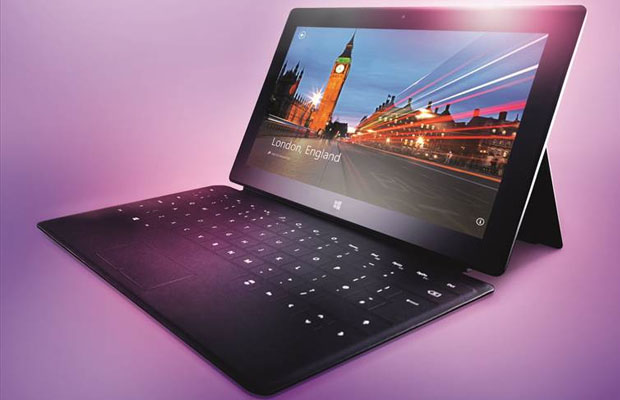 Microsoft’s Windows-operated tablet has completely changed the way tech consumers view laptop/slate hybrids. With notebook-like functionality, but tablet-like portability, the Surface remains one the industry’s more prominent offerings. But it sounds like the Redmond-based company got a few other tricks up its sleeve.

Come October, Microsoft is rumored to release a new Surface tablet. Although the gadget giant has spoken about releasing a Surface Mini, reports say that the newest tablet will not shrink in size, but rather, it will feature a 10.6-inch display.

Speculation about Microsoft’s newest device has exploded since word of the Surface was released on Monday. Some hope to see a thinner case; others believe Microsoft will be speeding up the tablet’s performance. Of course, at this point in time, all information is nothing but chatter. Still, we’re excited to get our hands on this so-called updated Surface.