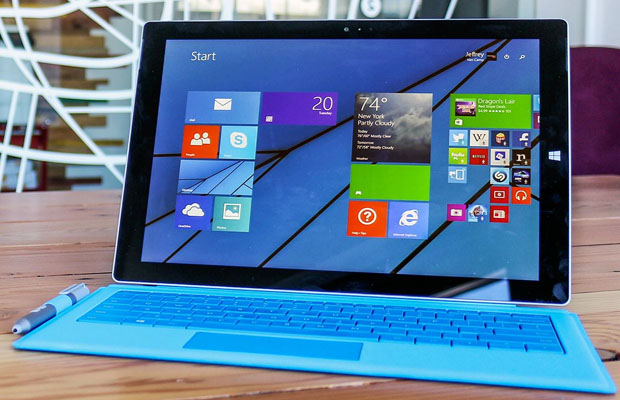 Think we can all sympathize with tech companies who are tasked with the job of coming up with fresh, new gadgets. It’s almost understandable as to why there are several flat/slim iPhone-looking phones, and several tablet replicas. That’s part of the reason why Microsoft is holding off on creating a Mini Surface to match it’s expensive Surface Pro 3.

The only way a new/familiar gadget is going to break through the mundane is with killer new features, and oh I don’t know… a hologram display. Of course that’s not the sort of thing that’s going to appear in the Mini Surface. But one can hope Microsoft finds a way to bring buyers back with a unique mini gadget.

How could Microsoft bring customers back after it’s $800 Surface Pro 3 scared them off? Well, a reliable leak (@evleaks) shared some info on Monday saying, “Microsoft Surface Mini is back in production, in anticipation of a summer release.”

The CEO Satya Nadella, and vice president Stephen Elop, “put a lid” on the project worried that there wouldn’t be anything different enough to really compete with all the other minis. But with the temptation to replace laptops with the Surface Pro 3 slowly catching on, there’s no way Microsoft won’t try to create a miniature product that will appeal to the lower-end tablet market.

Microsoft itself hasn’t revealed anything specific about the Surface Mini, despite references to it in the Surface Pro 3’s manual (clearly an accident). After the May 20 Surface pro event, even the corporate vice president for Surface Computing, Panos Panay, told Bloomberg that Microsoft “is still working on smaller versions.” We’re not sure what other “smaller versions” he was referring too, but I think we’re confident enough to put two-and-two together and say it’s the Mini Surface. So keep ears, and eyes open for a possible slim, 7.5 inch Mini Surface breaking through this summer.