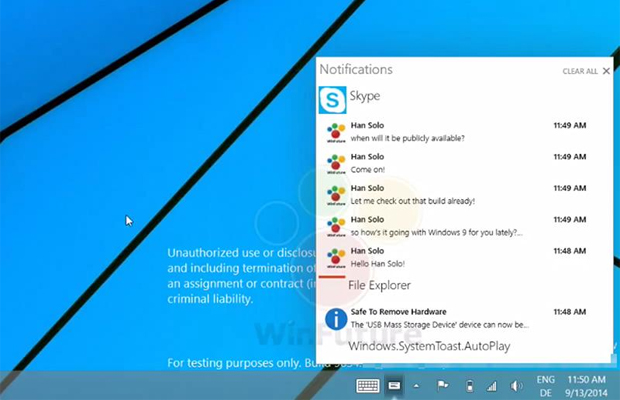 We are a couple of weeks from when the purported technical preview of Windows 9 is released. But videos and screenshots released by German website WinFuture, have made their way to the web early.

The content shows the handling of multiple desktops and the triumphant return of the start menu (in case you’ve missed it). We can also see some merging of the experiences with the tablet offerings of Microsoft. There’s also a quick look at the new Notifications Center located at the bottom right of the screen.

No pushback has been received on if the Start Menu video is real, and at this point Microsoft declined to comment overall. These are of a preview build, so a lot can change between now and the release. Time will tell. Microsoft is scheduled to announce Windows 9 sometime at the end of the month.