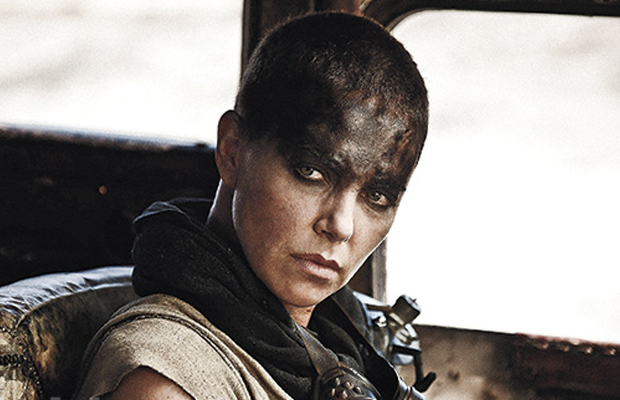 Under the radar as one of the 2015’s most anticipated films, Warner Bros. is finally rolling out its promotional push for the upcoming Mad Max: Fury Road, which was recently shown to the press to glowing reactions. Stars Tom Hardy and Charlize Theron are posted up on the front cover the latest Entertainment Weekly’s “Apocalypse Issue,” which also offers some details on the characters. Theron is set to play Furiosa, a woman with a giant robotic arm, but also a “woman of action and a woman who believes her path to survival may be achieved if she can make it across the desert back to her childhood homeland.”

In an interview with EW director and writer George Miller spoke (briefly) of the Fury Road story, as came to him finally well developed in the year 2000: “I wanted to tell a linear story–a chase that starts as the movie begins and continues for 110 minutes. In this crucible of very intense action, the characters are revealed.” The film is scheduled to be released May 2015. 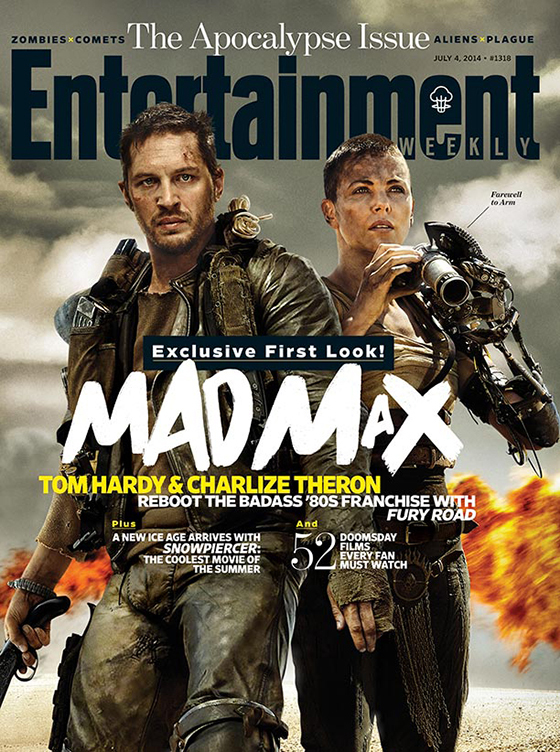