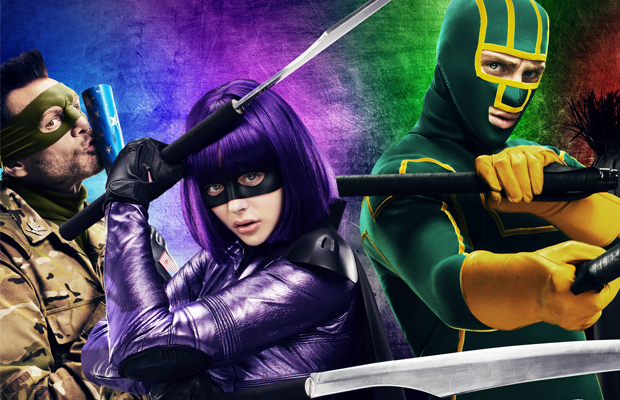 This year’s San Diego Comic-Con was absolutely absurd. Marvel and DC might have stole the show with its A-list film panels and blockbuster announcements, but when it comes to actually film trailers/previews, Kick-Ass 2 reigned supreme. The film’s extended red band trailer gives us a closer look at the developing lives of Kick-Ass and Hit Girl, as both superheroes unite with the forces of Justice Forever to take on the Mother F*cker, who’s gathering his own collection of badass assassins to take over the city. Sh*t is insane!

Related: ‘Kick-Ass’ Star Lined Up For Quicksilver Role in ‘Avengers 2′
Related: An X-Force Movie is Coming and ‘Kick-Ass 2′ Director Jeff Wadlow is Writing It