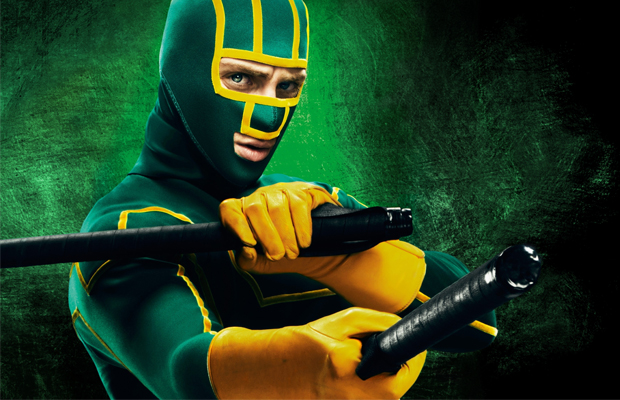 Despite Kick-Ass 2 being a box office flip, hardcore fans of the comic series and film franchise are still optimistic of a threequel being released in the future. After all, Mark Millar has already scribed the story. But will it ever be made is a question that has no answer at the moment. Though actor Aaron Taylor-Johnson wouldn’t be surprised if Hollywood greenlights Kick-Ass 3.

During a press junket for Godzilla, Johnson was asked about portraying the character one final time and says that while he has yet to be contacted, he “can’t rule out” the possibility. That’s a plus. In addition, his Godzilla co-star Bryan Cranston joked about wanting to see Kick-Ass versus the life-sized creature. Watch a snippet of the junket below.