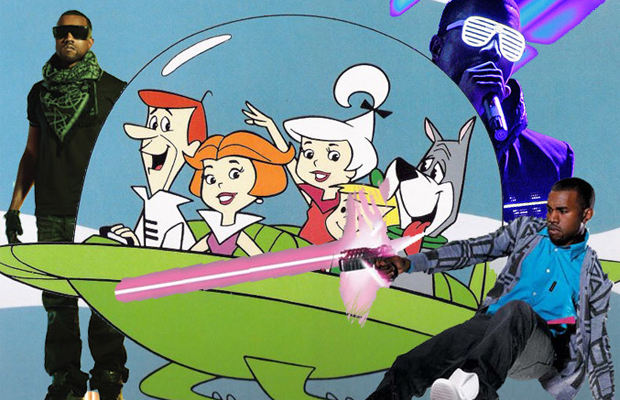 Remember a while back when Kanye West said he was running the creative ship on the big-screen adaptation of The Jetsons? We all though he was just being Yeezy at the time when tweeting the news. But according to a piece from W Magazine, the rapper might still be involved with the project as a Creative Director. This quote from the profile feature feature seems to tell it all: “We weave through highway traffic as West makes calls about an upcoming Jetsons movie on which, he tells me, he is creative director.”

It’s worth mentioning that Producer Denise DiNovi told Vulture back in January that no such position existed:

“He’s not the creative director on the movie, but I loved his passion for ‘The Jetsons.’ He gets the whole thing about the future that never was. He sees us living on a precipice of technology – cameras in your eye, your mind as a remote control to fire lasers – and wonders how things are going to break, for good or for bad.”

So what’s up with this guy? He is even working on the film or straight ego trippin’? If you ask Yeezus, he’s onboard.

Related: Robert Downey Jr. Signs on for ‘Avengers 2′ and ‘Avengers 3′!
Related: Gorillaz ‘Monkey: Journey to the West’ Coming to NY