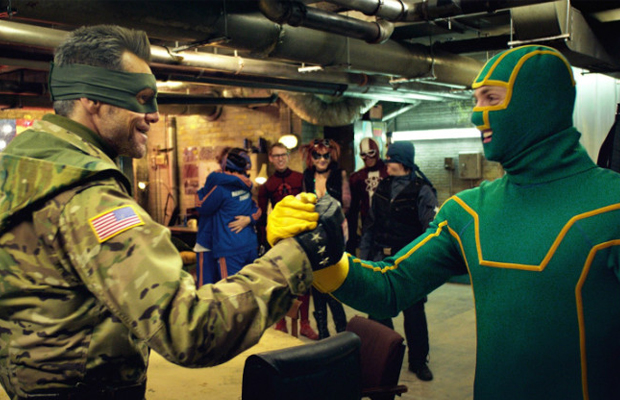 We’re a good three weeks away from Kick-Ass 2 hitting theaters and the hype continues to build thanks to Universal Pictures heavy promotional kick. You caught the San Diego Comic-Con trailer and saw the latest round of TV spots. Now the studio’s gone on to release its third clip, showcasing Dave’s first meeting with the superhero ensemble known as Justice Forever, which is led by Colonel Stars and Stripes (Jim Carrey). Check it out below.