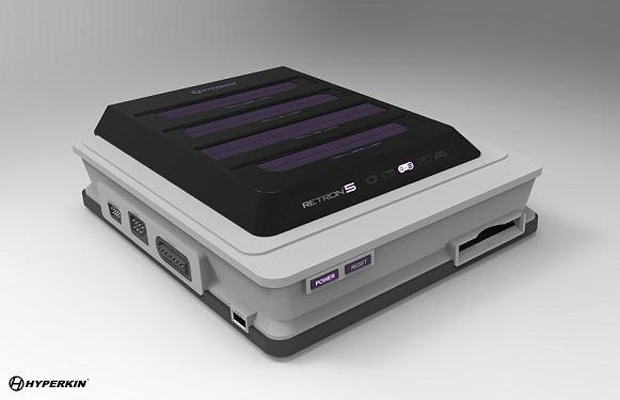 With so much attention on the upcoming next gen-consoles: What if we told you there was an all-in-one console coming out that focused primarily on old school games? The team over at Hyperkin is set to release its retro gaming system dubbed the RetroN 5 this December. The machine was first shown at E3 and supports a number of platforms: including NES, SNES, Genesis, and all Game Boy games. In addition, there will be a Sega Power Base Convert to play Master System cartridges. Insane. Hyperkin will release the RetroN 5 on December 10 for the US ($100) and for European countries ($90). Talk about a dope stocking stuffer for the holidays.