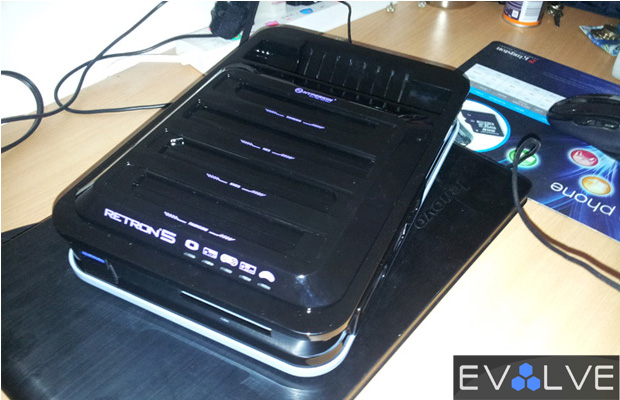 Hyperkin had old-school gamers marking out when it announced its RetroN 5 gaming console. With the ability to play NES, SNES, Super Famicom, Genesis, Mega Drive, Famicom, Game Boy, Game Boy Color, and GBA cartridges—it clearly stands out as the ultimate all-in-one gaming machine. Though the company went on to announce an official release date of December 10th, we’ve all anticipated what the end product would look like. Well, look what we stumbled upon. Evolve got its hands on these exclusive shots showcasing the final shell design of the RetroN 5, along with the cartridge and input slots.

The entire package will include a console, Bluetooth wireless controller, HDMI cable, and adapter with 4 variable head sockets. Peep the additional product features and images below.

Product Features:
– Multiple System Compatibility: The RetroN 5 allows you to play your favorite NES, SNES, Super Famicom, Genesis, Mega Drive, Famicom, Game Boy, Game Boy Color, and GBA cartridges on one system. You can also play Master System games with the use of the Power Base Converter.*
– Graphical User Interface (GUI): A brand new GUI Menu that gives access to features and the ability to customize your entire gaming experience on the screen.
– HDMI Output: The HDMI output will upconvert the signal to your HDTV with a maximum output resolution of 720p.
– Save/Load States: Save or load your games at any point during gameplay, with 10 save slots for each game.
– Video Enhancement: Customize your video settings with the variety of different filter and shader effects, including scanlines.
– Audio Enhancement: Utilizing Audio Interpolation, the RetroN 5 will produce a smoother, crisper sound output.
– Cheats: Pre-built cheats that can be accessed at any point during gameplay for most games.
– Bluetooth Wireless Controller: Utilizing Bluetooth technology this controller has a range of up to 30 feet and features a microswitch directional pad, two programmable macro buttons, and a Home button for quick-in game access to features.
– Original Controller Ports: 2 original controller ports (6 total) for each platform
100% Compatibility: The RetroN 5 will play both PAL and NTSC cartridges. CIC lockout chips and FX chips are no longer going to be an issue, as the goal is for 100% compatibility with all cartridges.

Bet you wish you never traded in that 8- and 16-bit collection to GameStop years back, right? We know, we know. Bask in the nostalgia by copping the RetroN 5 console at select retailers this holiday season. 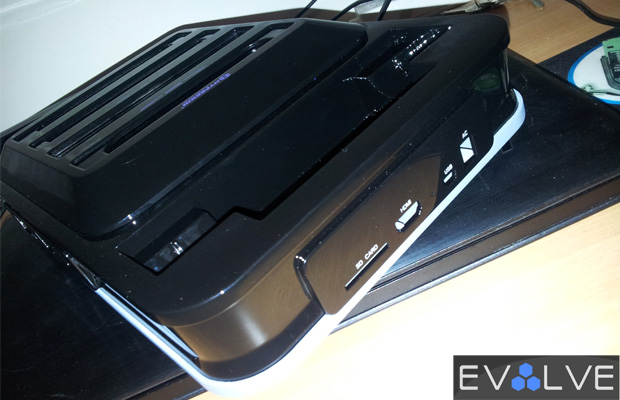 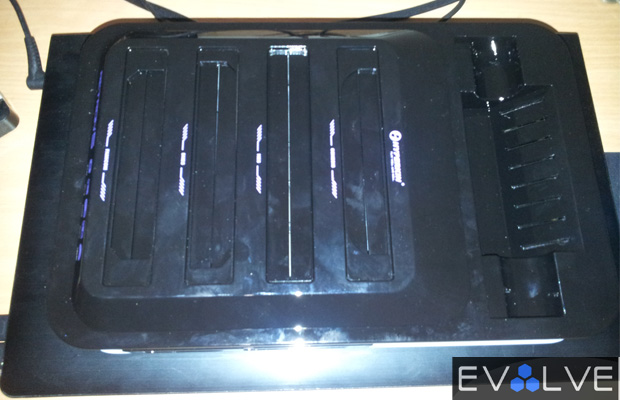 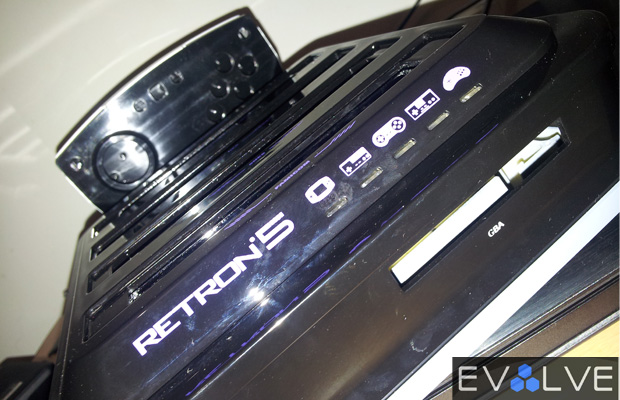