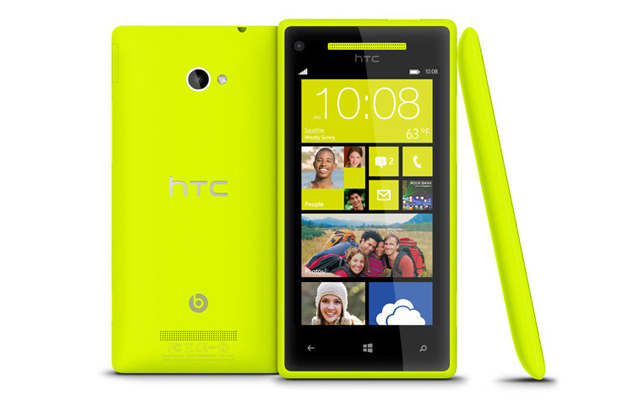 The mobile market is a tough league to play in. Just ask Microsoft. Its Windows Phone 7 platform was practically labeled DOA once released onto a mobile market purely dominated by Apple and Google throughout the past several years. Even though its phones proved users could actually experience a dynamic and stunning ecosystem, WP7 devices just couldn’t keep up with the crowd. Fast forward a year later, the PC giant still stands No. 3 on the smartphone chain, but is gunning for the top spot with its latest OS, along with long-time supporter HTC helping introduce its new wave of Windows Phone 8 devices. And it all starts with the launch of the HTC 8X.

Working with Microsoft to build a smartphone from scratch, the Taiwanese electronics giant embraced the company’s fresh UI and worked off its colorful presentation to assemble what are arguably the hottest looking smartphones out. Microsoft’s even given its manufacturers more clout this time out by allowing them to spec-out their handsets with the latest hardware—a huge issue that plagued WP7. Along with multi-carrier support and some intriguing new features, the HTC 8X looks to be a serious smartphone threat. But are there still some shortcomings present that prevent the handset from reaching its full potential? Let’s take a look.

Microsoft held off on sharing the OS’ prominent attributes for a while. Then it surprised the world with its feature-filled showcase in San Francisco last week. Aside from the homescreen now being able to resize and support more live tiles, you’ll find a number of integrated facets here that provide for a more personalized mobile experience. For starters, the Live Lock Screen option can display notifications and Facebook photos without having to unlock the screen. A unique touch for anyone self-absorbed in his or her social photo albums.

Rather than just run every major addition to the UI, we recommend looking over our 5 Awesome Windows Phone 8 Features You’ll Love feature to get a feel of the platform’s enhancements. 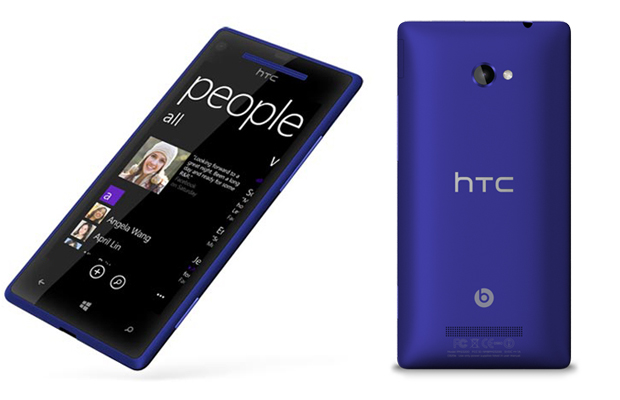 Simply put, the HTC 8X is one sexy looking smartphone. The attractive looking interface clearly accommodates the device’s standout ergonomics and colorful skin. From its soft touch, polycarbonate chassis to the lightweight feel, the phone clearly stands out from the rest of the mobile pact. Benchmarks are just as pretty with the 4.3-inch Super LCD 2 display producing vibrant visuals and the 1.5GHz dual-core killing it on the multitasking end. Lag-free would be an understatement here. And with the rear reinforced with two built-in amps, expect Beats Audio technology to blasting at higher volumes and even force phone vibration when bumping bass-heavy songs.

Much of our LTE experience was on AT&T’s network in San Francisco. Our test unit maintained strong coverage throughout our travels in the Bay area, pulling in fast 4G data speeds and stable reception. Apps downloaded within a time span of less than 6 seconds and social media updates seemed instant for the most part. Call quality was also on-point, as the HTC 8X delivered distortion-free and clear results. The rear speaker was a shocker to use as well, producing loud and crisp vocals on both ends. 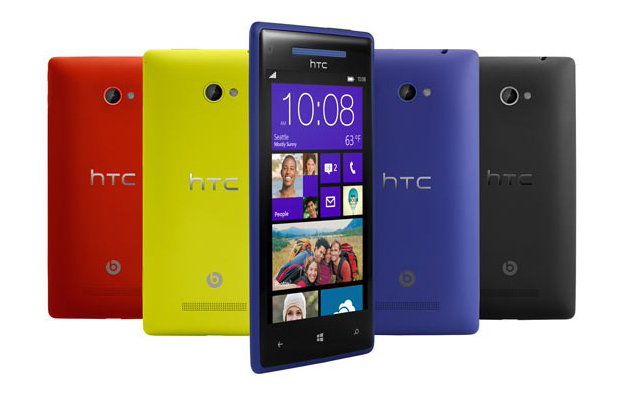 The biggest complaint concerning Windows Phones is its lack of premiere apps. Yea, we get. Though it’s great to see Microsoft working hard to port over “46 out of the top 50” apps to WP8, there are a number of people already moaning over the absence of some major programs found on Android and iOS. Instagram and Drobox remain at the top of every ones most wanted list. It’s also unknown when we’ll see these other apps the company promises hit the Windows Phone Store. Some of you might also be disappointed to hear about the missing microSD card slot or sealed battery compartment. If it’s of any consolation, Microsoft is offering 7GB of free memory via SkyDrive, which is supposedly the most offered of any cloud-sharing mobile service.

The HTC 8X is not only the impressive introduction Microsoft needed for its latest mobile platform, but also a gorgeous and powerful piece of mobile hardware capable of competing with the rest of the smartphone pact. Some great work was done with the OS in terms of integration and feel, plus the up-to-date specs are sure to please hardware junkies. Granted we’re still missing out on some of the more popular apps and many might complain about the lack of memory expansion. Still, those are trivial complaints that can be overlooked by the phone’s overall value. Windows Phone 8 has arrived and in style.