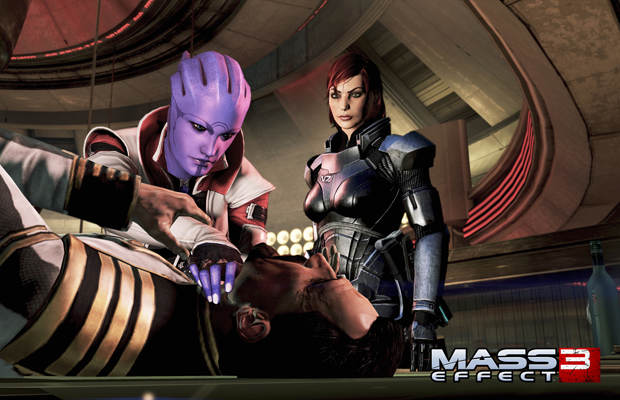 So much attention has been focused on Mass Effect 3’s Wii U arrival that its DLC counterpart has become lost in the holiday game shuffle. EA made sure to spotlight its newest title at its Naughty or Nice Holiday Showcase in NYC, even bringing Bioware producer Michael Gamble into the fold to showoff the series’ latest campaign titled Omega. Expanding on the events of the third entry, gamers will be introduced to a new story revolving around Commander Shepard, Aria T’Loak, and some new characters. Gamble also goes on to speak about some of the game’s newest weapons and power upgrades, as well as the possibility of seeing the DLC package hit the Wii U in the near future. Hey, you never know, right? Here’s our exclusive look at Mass Effect 3 Omega.