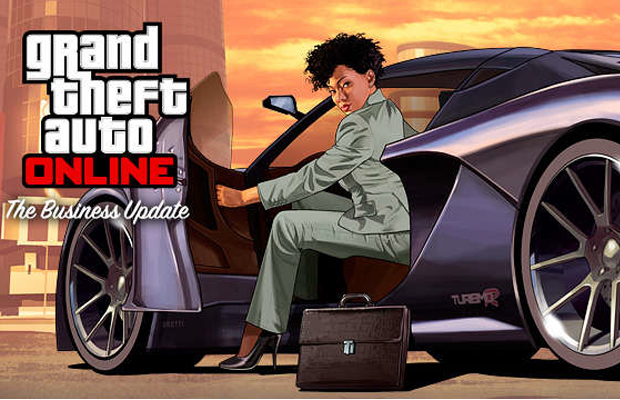 It’s a great time to be a Grand Theft Auto fan, no matter which game you’re playing at the moment. Reason one: Modders are having a blast with Rockstar’s open-world action title, combining the worlds of Flappy Bird and GTA IV together in an insane new mod that applies the gameplay rules of the now-banned mobile app onto the last-gen GTA game. It’s quite insane. Watch a video of the mod in action below.

In addition, Rockstar is offering a sweet DLC package for GTA V players in the form of the “Business Update”, which provides access to new sports cars and high-powered weapons. Vehicles include the Albany Alpha, Dinka Jester, and Grotti Turismo R, along with an airplane called Vestra. In terms of weapons, we’re looking at two new additions: the Heavy Pistol and Special Carbine. The Business Update will bring new formal and business casual attire like suite jackets, slacks, glasses, heels, and blouses, plus money-themed tattoos and new masks. Goodies galore.

The update will be available on March 4th for both the PSN and Xbox Live.