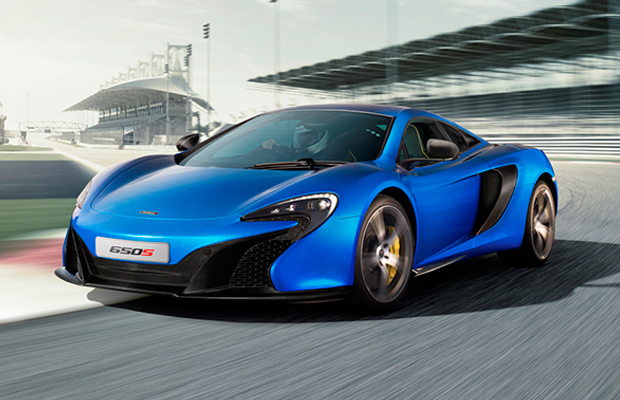 As we approach the Geneva Motor Show 2014, everyone’s anticipating the official debut of the McLaren 605S. More importantly, speed junkies are curious to see how fast the British supercar can go. The wait is over. McLaren’s gone on to share some of the 605’s performance specs in advance of the international car expo, and from the sound of it, the next-gen speedster will go from 0-124 mph in 8.4 seconds and 0.62 mph in 3 seconds flat. Top speed is said to hit around the 207-mph mark.

Previously, we reported the car would feature 25 percent newer parts than the 12C and support an “increase of 25hp and 80Nm of torque, along with gear changes and improved throttle response to make the car faster.” It’s also set to carry a 3.8-litre twin-turbo V8 engine with 650PS and 678Nm of torque. Word is we can expect the Coupe and Spider models to be available at launch as well

Sound dope enough for you?