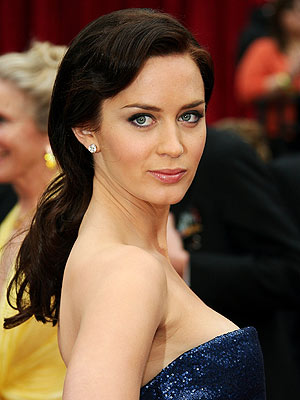 Judging by her agent’s decision to go after the leading female role in this year’s uneventful remake of “The Wolfman,” Emily Blunt seems to be watching her choice in film roles. According to the LA Times, the British beauty has declined the offer to star as Chris Evans female lead in the planned “Captain America: First Avenger” film:

Sources now confirm that Blunt has officially passed. That leaves the studio to decide between several other people on its short list, including Keira Knightley and Alice Eve — both of whom, not coincidentally given the film’s global designs, also come with British bona fides.

Marvel has been scouting Blunt to play the role of Peggy Carter for quite sometime, but it seems they’ll have to keep searching for Steve Roger’s leading lady.