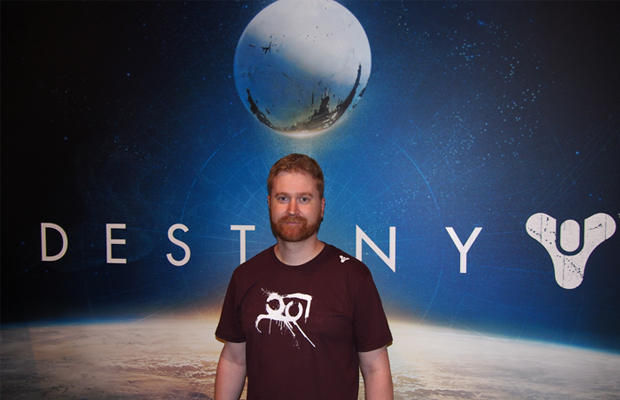 The studio behind the beloved Halo franchise has climbed up the gaming development ranks over the years and is taking the hugest gamble it’s ever made—signing a 10-year publishing deal with Activision and bringing its talents multi-platform. Bungie’s first project, the action-RPG FPS known as Destiny, has already built up an insurmountable amount of hype that can only be rivaled to the actual PS4 and Xbox One E3 console announcements. However, history has shown the developer carries a track record that proves its next project will be a Game of the Year contender.

With the PS4 pushing social media heavy, we figured what better man to interview than Bungie’s Community Manager, Eric Osborne, who was awesome enough to give us the deets on a particular number of topics. On the bill: premiering multiplayer on the PS4, differences between Halo and its new IP, Public Events multiplayer expansion, and the development of live environments. We’ll let Eric break down Destiny for you you.