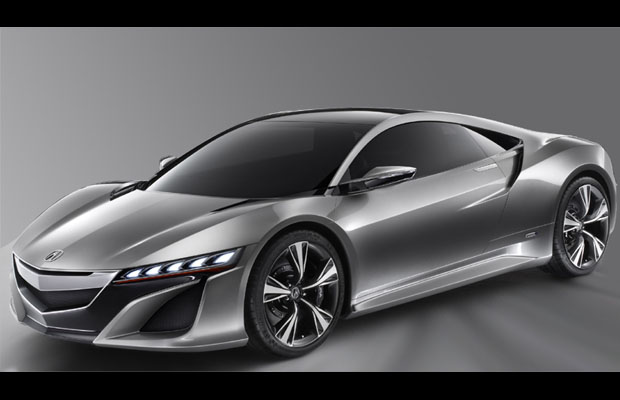 Honda had every autophile tripping after teasing its NSX supercar late last year. And now just in time for this year’s Detroit Auto Show, the Japanese manufacturer rides its high-speed concept into the Motor City sever years after pulling the origina two-seater from production. President Takanobu Ito touched on the NSX concept during his keynote speech:

“The NSX will be the ultimate expression of synergy between man and machine. The car development will be led by the US, and it will be sold globally within the next three years. It is a car that is up to the performance of racing and, while this car is for customers, you might see it racing as well….This is a car that demonstrates our passion for performance. The NSX became an icon through its power-to-weight ratio and the driving experience that it gave anyone behind the wheel.”

Not much has been shared on the NSX supercar except that it will sport the original model’s mid-engined layout, along with aluminum and lightweight materials, rumored as carbon fiber-reinforced plastic. Four-wheel drive, plus a 3.0 or 3.5-litre petrol engine is also being billed. Honda looks to get the prototype into production sometime this year. Any takers? Expect to hear on the Honda NSX at the 2012 Geneva Auto Show in March.