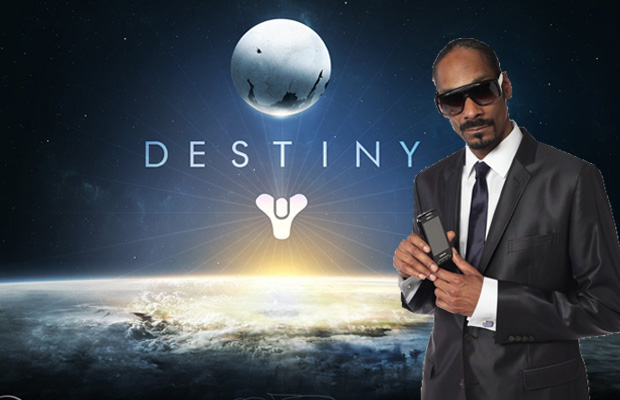 Going hard on the promotional route for its upcoming shooter, Destiny, Activision’s managed to devise clever marketing campaigns to generate some buzz during E3 2014. Just yesterday, the publisher helped hip-hop and pop culture icon Snoop Dogg send his selfie “where no selfie has gone,” that being outer space. A satellite was used to shoot the Dogfather’s photo into the galaxy, playing off the video game’s premise of player’s building their “legend throughout the solar system.” Only difference is Snoop’s selfie won’t be combating alien hordes. But wouldn’t that be a sight.

The coolest part about the experience, Activision is inviting all gamers to snap a photo of themselves, which the company will then turn into a signal that a “deep space satellite will broadcast into outer space.” You can do so by tweeting your selfie to @DestinyTheGame with the hashtag #DestinySelfie.

In other news, the Destiny alpha will be made available exclusively to PS4 owners this Thursday. So remember to get your download on. 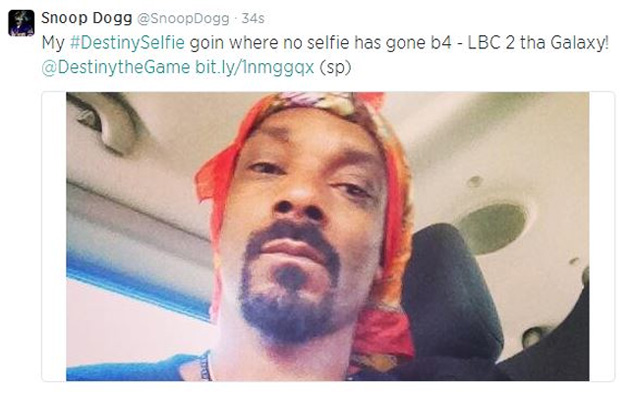