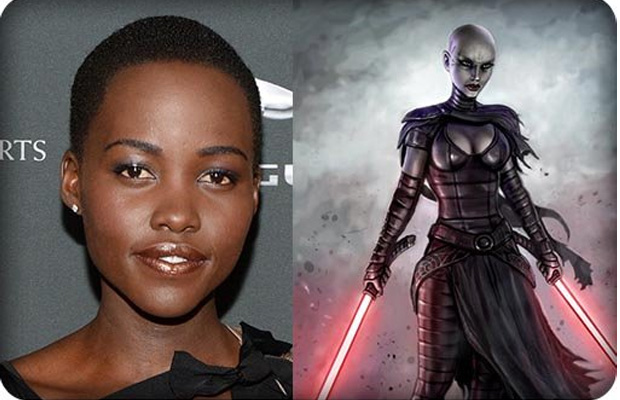 Since going into production, Star Wars: Episode VII has continued to suffer a number of leaks, mainly on-set photos. Now it looks like we’re getting some details from the film’s storyline courtesy of Latino Review, which shares info on the sequel’s wardrobe armor, actor John Boyega’s character, and the rumored villain.

Here is what the site reports:

“There will be a female villain. Over 50% sure she’s a Sith. I‘ll follow up on this in later weeks.

Despite having 30 Years after Jedi to set one up, there is NO New Republic at the start of Episode VII.

Boba-Fett-similar armor is around. Probably not for the man himself. Mandalorians? Clone drama? Still unclear on a plot/character connection.

John Boyega isn’t a Jedi or a Padawan at the beginning of the movie, he’s the one that has the story arc that brings him into Star Wars’ greater universe. It has echoes of Luke’s arc in A New Hope.”

Many continue to speculate that either actress Lupita Nyong’o or Gwedoline Christie could play the female Sith Lord, though it remains unconfirmed. But if so, the question is: What character would they play? Fans are hoping to see The Clone Wars favorite Asajj Ventress, but this may be wishful thinking. Still in all, take these tidbits as rumors for now.