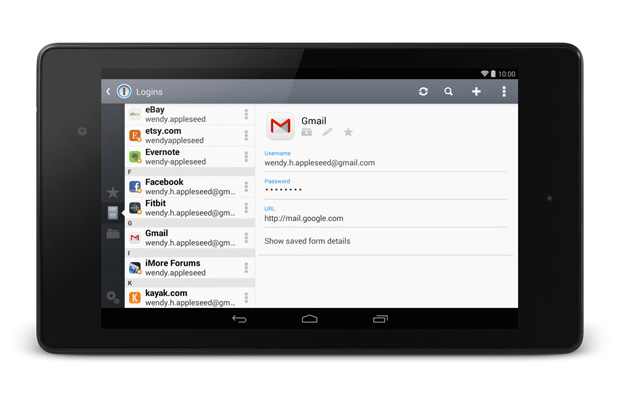 One of best password managers on the app front is now making the move to another mobile platform, as developer AgileBits is bringing 1Password to Android.

Serving as an iOS mainstay the past few years, the program keeps track of your passwords and even suggests stronger ones for specific accounts, while using a strong 256-bit AES encryption system to reinforce its security measures. It’s capable locking automatically, so those who misplace their Android device won’t lose their passwords as well. Users can store other sensitive info such as credit cards without interacting with any hardware. There’s a built-in browser for those who seek to log-in their accounts as quickly as possible.

1Password is actually being offered for free until August, as the app maker looks to entice new customers to download the app during its initial run on Google’s mobile OS.