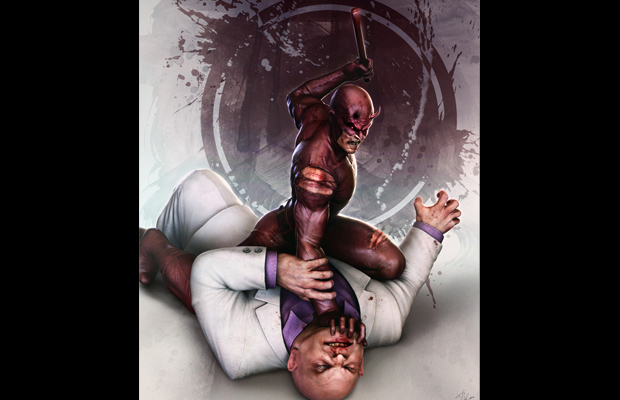 David Slade informed his Twitter following on the latest Daredevil remake update, stating the script is complete. The tweet says the following: “DD still on track @Bradcalebkane did an amazing job on script with high pressure deadline. We will be doing more work on it. News in N-year.” Storyline details have yet to be divulged, but Fox has been working hard on getting the remake off the ground for the past several years, bringing in the Twilight: Eclipse director to tackle on all reboot duties in hopes of banking in on the Marvel film phenomenon the Ben Affleck version failed to achieve. There’s no word of Affleck reprising his role as Matt Murdock or any other casting updates. A release date is also said to be announced going into 2012. Any actors in mind to play the blind superhero?