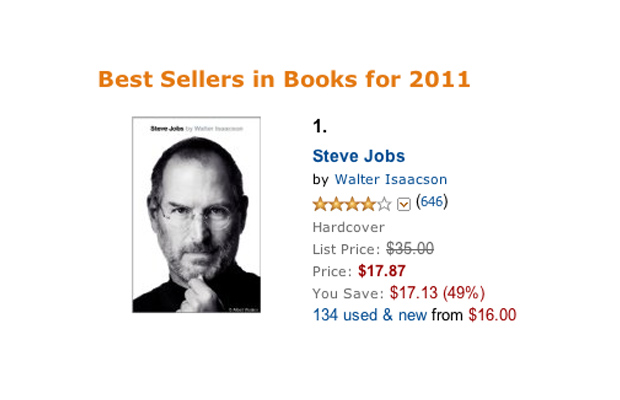 Just two months after hitting store shelves, the Steve Jobs autobiography has become Amazon.com’s best-selling book of 2011. The online retailer had predicted the Walter Isaacson-scribed bio would top the list before its early release, debuting at #13 and rising to #2 by mid-November. It now sits atop of the website’s best sellers list. In the wake of Jobs death, Sony Pictures acquired the film rights to the tech visionary’s authorized bio, which has George Clooney and Noah Wyle linked to play the former Apple CEO. Social Network screenwriter Aaron Sorkin has also been pitched to write the film’s screenplay, but only expressed interest in the project. What else can be said? The man’s life is something we all want to see, nonetheless, read. If you haven’t picked up the Steve Jobs autobiography, we recommend putting it on your Xmas wish list.