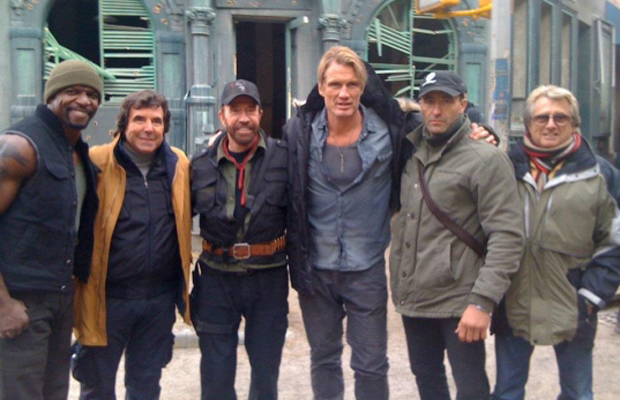 Meme legend (google it children) and 80s action star, Chuck Norris, has finally surfaced on the set of The Expendables 2. WorstPreviews snagged the behind-the-scenes shot of Norris, who shares his shine with co-stars Dolph Lundgren and Terry Crews. By the way, those who missed the kodak moment between Schwarzenneger, Stallone, and Willis can check it out below. Now where’s Van Damme? Oh well, maybe next Twitpic. The Expendables 2 shoots up the big screen Aug. 17, 2012. The boys are back in town! 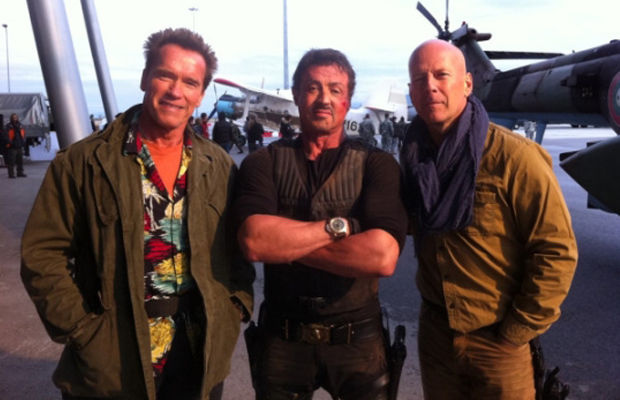