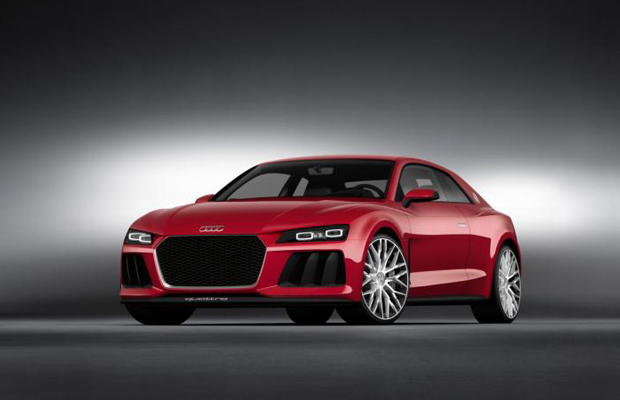 In the midst of tech frenzy that is CES 2014, carmakers are making their presence felt by welcoming innovative auto technologies that are bound to become the wave of the future. This year, Audi will bring its Sport Quattro laserlight concept to Las Vegas—an updated version of the concept shown at the 2013 Frankfurt Motor Show—only featuring a matrix LED headlights with laser light technology.

Audi says “two low-profile trapezoidal elements are visible within the headlights–the outer one generates the low beam light using matrix LEDs and an aperture mask, while the inner element produces laser light for high-beam functionality.” The laser high-beam lights will be three times the luminosity of any LED variant and will light the road for approximately 500 meters.