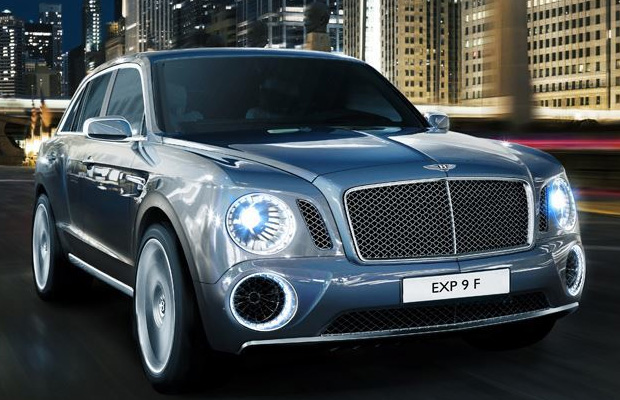 It’s been unknown whether Bentley would move forward with the creation of a luxury SUV, but the automaker looks set to release such a vehicle, which will be available come 2016 for the asking price of £140,000. Bentley provided a first look at the car, showcasing a number of unique design features from the aggressive front-end boasted two-part headlights and rounded nose to its iconic front griller.

Chairman Dr. Wolfgang Screiber claims the car “will create a completely new segment in the SUV market” by becoming “the world’s first luxury SUV.” The company expects to move around 3,500 SUVs yearly, while garnering annual sales of 15,000 cars by 2018 and proclaiming it’s garnered 2,000 pre-orders thus far. Word is the Bentley SUV will be fitted with a V8 or W12 engine at launch, followed by a petrol-electric hybrid version come 2017.