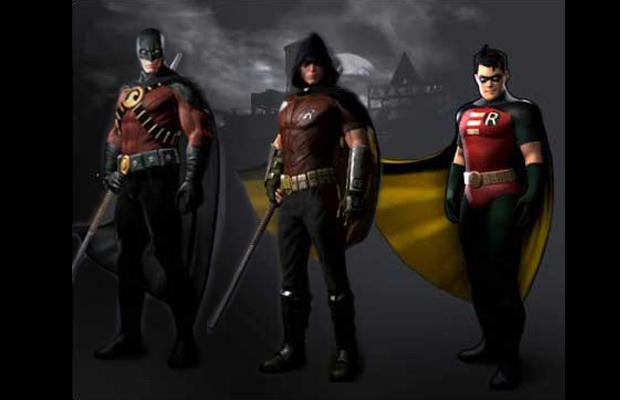 It’s been well known that Batman’s trustee sidekick would be included in the Batman: Arkham City Challenge Maps. Now Arkhamcity.co.uk has a sneak peak of Robin’s wardrobe collection, which will include Red Robin, hooded Robin, and Robin from Batman: The Animated Series.

In other news, the Official Xbox Magazine asked Rocksteady developer Dax Ginn about the possibility of playing as Bruce Wayne via side missions. His response: “Our aim has always been to make an action game, not a business simulator, and when you start thinking about what you would do while playing as Bruce Wayne, it doesn’t seem terribly exciting in comparison.” We beg to differ.