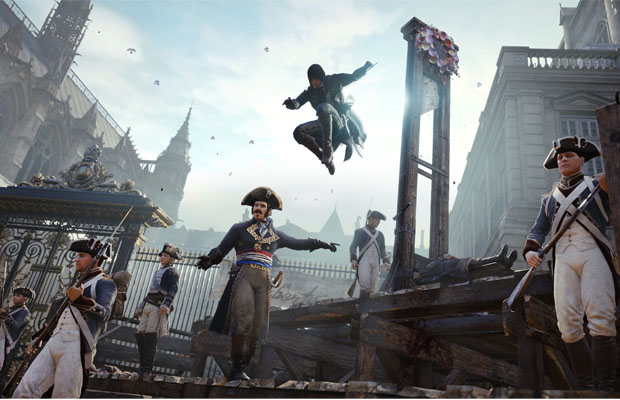 The newest release in the Assassin’s Creed franchise, Unity, will supposedly feature some new sort of time-attack mode called the ‘Rifts,’ which will have extra missions added to the game to test the player’s ability to complete complex platforming challenges in short periods of time.

However if this wasn’t enough to have been made available to long-term players of the series, there is also another surprise present, as these missions will be played with a wide variety of assassins and even templars from Paris. The character roster will also include the original assassin himself Altair, Etzio and, even the high seas sailing pirate assassin Edward Kenway, as well as a few other characters from both the main and spin-off games.

The story behind these missions revolves around data missing from the animus and the player must go through these trials to obtain it. With leaked footage available all over YouTube, it isn’t hard to find out even more about what this new mode has in store.