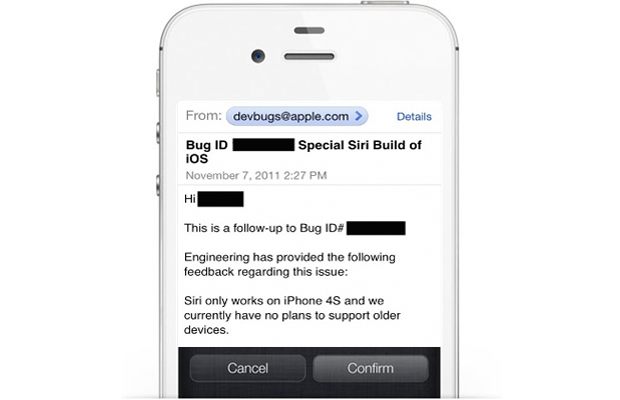 Since Apple announced the personal assistant software spotlighted on the iPhone 4S, Siri, there’s been tons of speculation as to whether the voice control program would be featured on older iPhone models. Applephiles can stop crossing their fingers, as a recent blog post from iOS developer Michael Steeber kills all the rumors: “Siri only works on iPhone 4S and we currently have no plans to support older devices.” The screenshot speaks for itself. Not cool. Who wants Siri on their iPhone 3GS, huh?